According to Ivan Hewitt of Telegraph.co.uk, "Berlin has become a magnet for musicians and artists of all kinds, drawn by the low rents, amazingly low cost of living, and of course the extraordinarily lively arts scene. And increasingly it has become a magnet for visitors, who can soak up a world-beating array of museums and concerts that caters for every taste."

The blog today is a personal one. It is not about the vigorous classical or jazz scene in Berlin, but rather the independent music scene being created by an influx of youth from across Europe and the globe. Having never been on that scene, I am relying on descriptions I have gotten that it is a lot like Williamburg and other parts of Brooklyn here in the states, with all sorts of indie bands, clubs, and late night activities featuring cutting edge music. 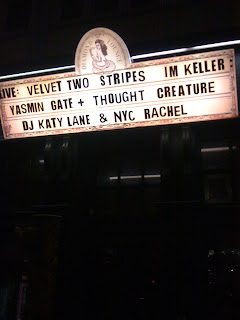 My reporter on the scene is  DJ "NYC Rachel", whose name recently was up in lights at a club called "White Trash Fast Foods", and who also DJs at a club called 8mm. Having relocated from the aforementioned NYC scene last Spring, it is great to hear her enthusiasm for the burgeoning international music scene, and for the overall electricity and excitement that is Berlin today.
So for those interested not only in jazz but all sorts of pop culture, please take the time to see Rachel and Katy next time they are on the scene. And if you see Rachel, tell her Dad sends his best and is glad the musical gene has been passed on. And maybe play a little of Nic Payton's "Bitches" or some Robert Glasper if she gets a chance. 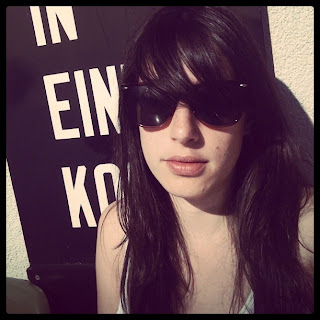 Posted by a jazz listener's thoughts at 9:50 AM