Catching Up with Lars Danielsson 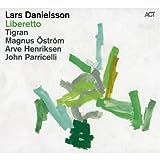 Swedish bassist Lars Danielsson is reknowned for his deeply lyrical playing and melodic sensitivities, clearly influenced by his classical training. He was born in 1958 and was educated at the Music Conservatory in Gothenburg. Whether on double bass, electric bass or cello, the last his original instrument, he is an extraordinary soloist and accompanist, a colorist who gives the music its depth and temperament. Danielsson is considered by many to be the  the most melodic jazz bassist to emerge from Europe since the late Niels-Henning Ørsted Pedersen.

Danielsson began his recording career as a leader on the Swedish Dragon label in 1984; since 2006 he has been recording for ACT, and has produced a number of excellent outings, including Tarantella (2009) and Pasodoble (2007). Pasodoble was a duo with with Leszek Mozdzer on piano; Tarantella expanded the duo to include Mathias Eick on trumpet, John Parricelli on guitar and Eric Harland on drums, the same configuration as on "Liberetto" (2012).  Others with whom he has recorded include Randy and Michael Brecker, John Scofield, Jack DeJohnette, Mike Stern, Billy Hart, Charles Lloyd, Terri Lyne Carrington, Joey Calderrazzo, and Dave Kikoski. In addition to his contributions to jazz, Danielsson has worked with the Danmark Radio Orchestra as a composer, arranger and producer; and was  the conductor and composer of the Jazz Baltica Ensemble for two years.

Liberetto (2012) is his latest recording and, while including John Parrucelli once again, the group switches to include Tigran Hamasyan (here called only Tigran) on piano, Arve Henricksen on trumpet, and Magnus Ostrom on drums. The match of Danielsson and Tiger is particularly a gifted one, with their emotional link and musical sensibilities the bedrock of this production. The two wrote four of the songs together, with the other eight penned solely by Danielsson. The entire recording has the same elegant lyricism and Euro-centric classicism for which Danielsson is renowned, but with Tigran it appears that the sensibilities and emotional content have been shifted up a notch, demonstrated perhaps best on the tunes "Orange Market" and Party on the Planet."

The recording begins with a very unusual cut, "Yerevan", which almost sounds like an orchestra tuning up, with one player after another coming in and out and adding layers of harmonies over the continuous sounds of the drum kit, which establishes a tempo for the song. At the end the music resolves itself as if the musicians are ready to play. Two very mellow songs follow, both using single note lines of beauty, the first by the piano and the second by the trumpet. The first, "Liberetto", moves from an upper to lower octave on the piano, at which point Danielsson picks up the melody with a rich tone. There is a very distinct feeling of classicism to this hymn-like outing, which is paired nicely with the subsequent "Day One" and its soleful trumpet lead. This quiet song is full of very nicely played instruments working together to create a pastoral sensibility.

"Orange Market" , the next song, starts out in a similar manner with a classical melody and simple instrumentation, but quickly builds in tempo and layers of sound. The dynamics are richer and the pulse of the song stronger as it is moved forward by the combined bassline and drumming. The dynamics build and when all of the instruments are engaged the sound is overwhelmingly beautiful and strongly melodic still. The song finally crests and then the denouement features a lovely synchonized guitar and piano duet as the song concludes.

The remaining eight tracks move between the pastoral, hymn-like sensibilities of the second and third cuts, and the up-tempo expressive play on "Orange Market." As noted "Party on the Planet" is another up-tempo song, ending with the "wa-wa" sounds of the guitar at its climax. Of special note is the trumpet and piano duo on the classical sounding "Hymnen", and the outstandingly beautiful accoustic guitar play on "Driven to Daylight", the highlight of John Parricelli's contribution to the recording.

Liberetto, even at its quietest, is a very intense and moving recording with some beautiful melodies and outstanding interplay among the players.  Some of the songs, like "Ahdes Theme", are as pretty as any I have heard on his prior recordings on ACT, but the entire disc is full of such moments. I recommend this and his previous ACT discs to those who enjoy classical  "Euro-chamber" jazz. I also encourage you to look into Tigran Hamasyan on piano, who has impressed me on several recordings as a leader. 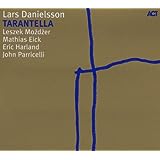 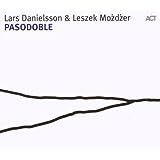 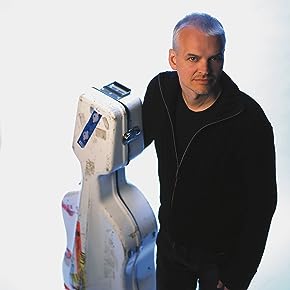 Posted by a jazz listener's thoughts at 9:36 AM