Get to Know: Aaron Diehl 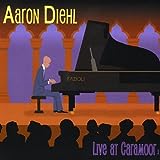 Aaron Diehl is a young pianist with a bright future, as evidenced on his most recent trio CD, "Live at the Players" (Aaron Diehl 2012), as well as a previous solo album recorded "Live at Caramoor" (CDBaby 2009). (There is one other early recording, called "Mozart Jazz" that I have not heard, which was recorded for the Japanese label Pony Canyon). Diehl has a classic approach to his music, hewing toward the tradition developed and passed on from Ahmad Jamal, Wynton Kelly, Eric Reed, Kenny Barron and others of that ilk; rather than exploring the outer edges of the tradition like fellow young pianists Vijay Iyer, Jason Moran, or Craig Taborn, to name just three who are coming out of a different tradition. This does not suggest a lack of imagination or excitment in Diehl's music; quite the contrary, he demonstrates clearly how the tradition can be expanded and improvised upon today.

Some background on Diehl. A native of Columbus, Ohio,  as a junior in high school, he was named Outstanding Soloist in Jazz at Lincoln Center's Essentially Ellington High School Jazz Band Competition. As a rrsult of this competition and others, he caught the attention of Wynton Marsalis, and immediately following Diehl's graduation from high school, Marsalis welcomed him on tour with the Wynton Marsalis Septet.  He then came to New York and attended Julliard, where he was taught by Eric Reed, Kenny Barron, and Oxana Yablonskaya, and from where he graduated in 2007.  He has been recognized by the New York Times as a “revelation,” and the Chicago Tribune as “The most promising discovery that [Wynton] Marsalis has made since Eric Reed,” His work pays homage to the traditions laid down by such greats as Scott Joplin, Jelly Roll Morton, Art Tatum, Duke Ellington, and other masters but with his own distinctive interpretations and original voicings.

"Live at The Players" 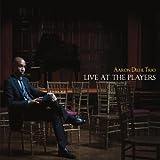 "Live at the Players" is a wonderful album, which pays homage to the great tradition of jazz piano but updates it with changes in voicings, interesting interpretations, and some outstanding improvisations and soloing by each member of the trio.  David Wong, my "Ace on Bass" from previous entries to this blog  and Quicy Davis on drums, play on all but two tracks. Paul Sikivie is on bass and Lawrence Leathers on drums for tracks 1 and 6.

But the rapport with Wong and  Davis is really most notable, and really drive the music on brightly played cuts like “Pick Yourself Up” and “Green Chimneys”, the latter very comparable to the Kenny Barron trio version on the album of the same name. The trio has a very distictive, modern feel for  the music, and bring a great deal of poise and bravado to it.  Everyone contribures throughout the CD, and at times Diehl  is very effective in changing the feeling by dropping his sound down to allow his bandmates to carry the melodies. His restraint on slower songs lends an elegance to the proceedings, and  his fills are perfect on  the ballads as he restrains himself and never overpowers the others, playing instead as a trio of equals. The variety shown between the ballads and the upbeat songs make this a virtuoso showpiece for Diehl and a terrific listen for all of us.

Posted by a jazz listener's thoughts at 9:47 AM