He's the Riel Thing: Alex Riel (Another Lesson in Looking Beyond the Leader too)

It's easy to use puns in the title of this post, as Riel does it with his album titles -- Get Riel, The Riel Thing, Riel Time, the Real Deal. But anyway you slice it, he is the real deal, an outstanding Danish drummer with a long history of recordings, a terrific pedigree of players he has worked with, an impressive discography, many awards..... and barely any visibility in the United States.


And frankly, I didn't have him on my radar until recently, certainly not as a leader, but once I did I went back and found that I do have many of his outings in support of some first rate leaders. From that point I went out and located a number of his CDs and am vastly impressed by them.

Riel is a musical icon overseas and particularly in Denmark, where a book on his life in music was published in 2010. It contains his musical journey 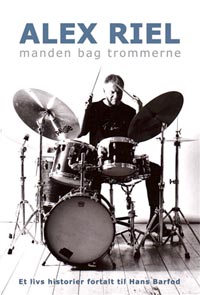 starting with the little boy who listened to Louis Armstrong while drumming along on a scooter helmet, to the seasoned musician now regarded as one of the most influential European drummers of all time.

Alex Riel was born in 1940 in Copenhagen, Denmark. His career began in the mid-sixties as house drummer at the Club Montmartre with Niels-Henning Ørsted Pedersen and Tete Montoliu or Kenny Drew. He accompanied a wide range of visiting musicians such as Ben Webster, Dexter Gordon, Kenny Dorham, Johnny Griffin, Don Byas, Donald Byrd, Brew Moore and Yusef Lateef; and recorded with many of them. In 1965 Alex Riel released his first recording as a leader, and was chosen as the "Danish Jazz Musician of the Year".  In 1965-66 Riel toured Europe as a member of the Bill Evans Trio.

Alex Riel has played as a sideman on several hundred jazz recordings with names such as Stan Getz, Chet Baker, Ben Webster, Kenny Dorham, Dexter Gordon, while increasingly recording as a leader with contemporary stars such as Jerry Bergonzi, Michael Brecker, Kenny Werner and Mike Stern.

His live recording "The Riel Deal" (1996)  received a Danish Grammy for “Best Jazz Recording of the Year”. He received another award, the "Django d'Or 2001" in the category “Master of Jazz”. For several years Alex Riel has played in piano trios led by Danish bass ace Mads Vinding with pianist Carsten Dahl.  In 2004 Alex formed his own trio with Danish bass Jesper Lundgaard and the young pianist Heine Hansen.

So, without further ado, here are the CDs I have purchased recently, with some comments, along with a few that I had in my collection with other leaders.