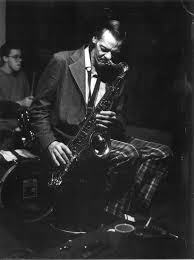 Lin Halliday (1936 - 2000) was another of the great local talents in Chicago, a hard bop tenor player whose recording career started late but made for some excellent and rewarding sessions. His life epitomized the glories and hardships of the jazz life.

Tenor saxophonist Lin Halliday is another player like Jodie Christian, who I posted upon just before this, who did not make his debut album as a leader until very late, in this case at age 55. He went on to make several more excellent and well-regarded discs thereafter in a classic hard bop style, covering both uptempo tunes and ballads with his smooth tone and relaxed, smooth play. His untimely death at age 63 was not all that surprising, as he had been plagued by a variety of health problems, and it was no secret that years of hard living and self-abuse had inevitably taken their toll on his body.

Halliday was not a native to Chicago, but rather was born in born a small town in Arkansas and raised in Little Rock.  He took up clarinet and saxophone in school, and began playing professional when he moved out to Los Angeles first and then in 1958 to New York City.  His first major breakthrough was replacing Wayne Shorter in the Maynard Ferguson Orchestra at Birdland, and he later played with bands led by drummers Louis Bellson and Philly Joe Jones. But in the early 60s, he was using drugs and ran afoul of the city's cabaret laws and had his card taken, which meant no club work.  He moved on to Arkansas, California, and finally Nashville in 1966 with his family, working in clubs and as a session player.

Finally in 1980 he arrived in Chicago, by now a highly regarded and versatile player who became a regular at the city's best jazz clubs, including the Green Mill, the Bop Shop, Joe Segal’s Jazz Showcase and the Get Me High Lounge. In 1988 he cut a recording with leader Brad Goode which furthered his reputation and got him recognized by Bob Koester, the founder of Delmark Records. By 1991 he cut his first recording as a leader for Delmark, "Delayed Exposure",  a fully realized piece of music by a tenor with a big smooth tone, a nice touch and stylish melodic sensibility.
The Recordings

"Delayed Exposure" contained wonderfully passionate recordings of "Woody'N You" and "Serpent's Tooth" as well as the soulful ballads "The Man I Love" and "Darn That Dream." The strong supporting cast was Ira Sullivan on horns, Jodie Christian on piano, Dennis Carrol on bass, and George Fludas on drums, all well-known Chicago players. 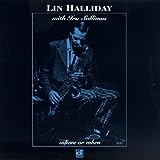 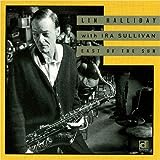 After "Delayed Exposure", the rest of the 1990s found him continuing to make up for lost time, health problems and all. He took advantage of this late opportunity, and went on to record two more Delmark albums in a similar vein, East of the Sun (1991) and Where Or When (1993), working again with saxophonist and trumpeter Ira Sullivan and pianist Jodie Christian.  Halliday was also prominently featured on Stablemates (Delmark 1995), an album in which he partnered the young and upcoming Chicago tenor saxophonist Eric Alexander. 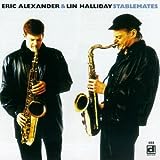 "There was this romantic charm about his playing that was quite striking, whether you were hearing him every night or just for the first time," said Chicago guitarist Mike Allemana, who collaborated with Mr. Halliday in the mid-'90s. "He was a great musician not only because he knew harmony and all the basics but also because of the intense feeling he brought to everything he played. He had a deep understanding of music and life, partly because he had lived harder than most people could imagine."

Delmark did the jazz word a favor by bringing Halliday to broader attention. "All the musicians in town had been telling me I had to record this guy, and they were right," said Delmark owner Bob Koester. Unfortunately, Halliday's turbulent personal life included approximately 40 years of drug use, according to his daughter, Laura MacMahon, which she felt  helps explain why he never attained the recognition his musical talents deserved.

Posted by a jazz listener's thoughts at 10:36 AM