....Chicago is!  This is a post about one of two local Chicago jazz musicians whose names are legend in the Windy City, but are not particularly known outside the area. These are the guys that decided to stay around town rather than barnstorm around the country with a band, guys who made their legends by playing with other local musicians and with the guys who came into town and needed a band to perform. One of the musicians is a Chicago native and one migrated there and stayed. But each developed a reputation for fine play and each left behind a small but sterling legacy on records/CDs.

I more or less stumbled upon these guys when I was looking through some of my music to decide on a new post. In my peregrinations I had decided to write about somebody we should not forget, but who gets overlooked despite a long and lustrous career on Blue Note and Steeplechase, and that would be trumpeter Louis Smith. I noticed a pianist on one of his recordings, "Silvering" (Steeplechase 1994), was a name I didn't know, Jodie Christian (Von Freeman was also on this CD). I looked up Christian's career, found another co-led date with Louis Smith entitled "The Very Thought of You"  (Steeplechase 1994), and then a long list of accomplishments as a leader and also as a sideman to Dexter Gordon ("Dexter Gordon Featuring Joe Newman" (Blue Note 1976), Yussef Lateef, Roscoe Mitchell, Eric Alexander,  Sonny Stitt, and several times with another unknown (to me) local talent, Lin Halliday.

So, while I still am going to do a post about Louis Smith's trumpet at a later date, and now also Joe Newman's trumpet to boot, for this post I am going to discuss pianist Jodie Christian, and in another saxophonist Lin Halliday. After learning about them I purchased (used in all cases so at great prices) four discs for each of them, which means that I have 8 recordings with Christian in addition to the Dexter Gordon and Louis Smith releases I already had; and all of the Lin Halliday sets as a leader according to Allmusic.com. I do have two other recordings of Halliday -- "Scotch and Milk" (Delmark 1996) by Cecil Payne, and "Stablemates"(Delmark 1995), a date he co-led with Eric Alexander.

According to those in the know, Jodie Christian (1932 - 2012) could play blues, swing, bop, or ballads, and was a creative improviser.

He was a revered "hometown" pianist who chose to stay, and in 2012 multiple obituaries of him identified his as one of Chicago's most beloved artists whose modesty kept him from attaining the fame he deserved. He did not record an album under his own name until 1992 though he was widely known as one of the few pianists who could play in any style, and demonstrated that on recordings with the avant garde like Roscoe Mitchell and on bop outings with Dexter Gordon, among others. Christian was one of the co-founders in 1965 of the Association for the Advancement of Creative Musicians (AACM) along with Muhal Richard Abrams, Steve McCall, and Phil Cohran, and he and Abrams were part of the Experimental Band.  Christian was house pianist at the Jazz Showcase Club for a long time and there played with the likes of Eddie Harris, Stan Getz, Gordon, Gene Ammons, Mitchell, and Buddy Montgomery.

Christian was admired by all of those who played with him  but did not start as a leader on recordings until he was 60. According to the Chicago Tribune, "he never attained the fame his work deserved, and this was largely by design." To the Chicago Jazz Magazine in 1979, Christian said "I function better as a sideman rather than as a leader. I enjoy getting behind the soloist and pushing him."

As a player his creativity was as unbounded as the styles he could play, and his touch could be warm and full-bodied or light and delicate as needed, but always lyrical and lush. "He had a sense of harmony and beauty in his playing," said veteran Chicago pianist Willie Pickens. "He was just an outstanding artist. ... He was just a very natural musician." His background in music explains his wide tastes -- his mother was a pianist and choir director at the local church, his father a blues pianist. Tough he had training at the Chicago School of Music, he felt this background  and hanging around other musicians is what developed his finely tuned ear. That skill transferred seamlessly to the piano. His ability to anticipate a soloist eventually making him one of the most in-demand pianists in Chicago.
Christian had an enormous impact on Chicago jazz for over a half century. According to The Examiner, "He exemplified the bold and brawny Chicago approach to mainstream jazz. [Later] as a sideman for several of saxophonist Eddie Harris’s projects he contributed to the jazz-rock fusion scene in Chicago." He also showed everyone his chops as a bop and hard pop plyer and avant-gardist, as "he unassumedly mentored two generations of younger musicians who have in turn made significant contributions to the Chicago scene". His broad background led him to back tenor saxman Von Freeman on several Steeplechase recordings, but also to backing Louis Smith as well on several, and finally to his own debut as leader on Delmark. 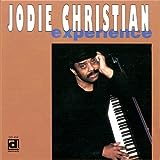 Though he suffered from both chronic obstructive pulmonary disease (COPD) and Parkinson’s disease for much of the last decade, he was still playing live as recently as the end of 2011, just a few short months before his death in February 2012.
The Recordings
His belated recording debut as leader at age 60 was on the 1992 album "Experience" (Delmark Records 1992). It earned critical plaudits not only for its mostly solo tracks but also for a brilliant, whistled solo on "Blues Holiday."  Standards include
"Mood Indigo," "End of a Love Affair," and "All the Things You Are".  Halliday was supported by bassist Larry Gray and drummer Vincent Davis.  Nice melodic start to a late recording career. 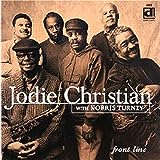 "Frontline"  (Delmark 1996)  is Halliday's third CD and expanded the sound to a quintet with local players Norris Turney on alto sax, Eddie Johnson on tenor sax, John Whitfield on bass, and Ernie Adams or Gerryck King on drums.  It's a joyful disc with "Lester Left Town", "Mood Indigo", and "In a Mellow Tone" among the tunes, and on one they are joined by other Francine Griffin, a likable local singer for  "Don't Get Around Much Anymore." Turney was an alto from Duke's band and clearly knows those tunes well, demonstrating his skills and homage to Johnny Hodges. Everyone is great and the band swings. 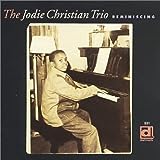 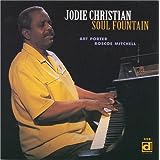 "Soul Fountain" (Delmark 1998), his fifth outing features Art Porter on saxes and Odies Williams on trumpet and is another hit, with a nice balance of romantic ballads and upbeat bop tunes. And finally, there is "Reminiscing" (Delmark 2001)  a piano trio disc with Dennis Carroll on bass and Tony Walton on drums. Its a look back to a fine career, and in the liner notes Christian tells why each song is important to him. "Embraceable You" was the first standard that he ever learned, he started playing Jobim's  "How Insensitive"  after he heard Ahmad Jamal play it, and  "Love Walked In" and "It's Good to Have You Near" are songs dedicated to Andre Previn. But each is played according to his sytlings and taste, and each is a gem.

I would recommend any of these discs to anyone interested in hearing some of the best standards and original songs played by an unknown master from Chicago.

Posted by a jazz listener's thoughts at 10:37 AM