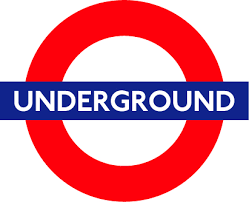 Aruan Ortiz is a young up and coming pianist and award-winning composer. A classically trained violist and pianist from Santiago de Cuba, he blends contemporary classical music, Afro-Cuban rhythms, and improvisation as primary material for his compositions. Since arriving in New York in 2008 he has played with the Wallace Roney Quintet and has made five critically well-received recordings, including 2012's excellent "Orbiting" (Fresh Sound New Talent 2012).

For "Banned in London" (Whirlwind Recordings 2012), he co-leads a  a talented quintet with bassist/composerMichael Janisch featuring saxophonist Greg Osby, Raynald Colom on trumpet, and Rudy Royston on drums. This is a live set, recorded during the London Jazz Festival of 2011 at the Pizza Express Jazz Club, and consists of five extended compositions, two by Ortiz including "Orbiting" from his previous CD, one by Janisch, "Jitterbug Waltz" by Fats Waller, and "Ask Me Now" by Thelonious Monk.

This is a classic blowing album will all the pros and cons of such a session. Live recordings like this transmit the excitment and boystrous energy of improvised play, but at the same time can lead to overly long solos, noodlings, and looseness as each soloist stretches out. On this CD there is a little of both, with  the balance in favor of the excitment and virtuousity of the members. At times the music is tight, the improvisations creative, and the changes to the standards fascinating as they deconstruct the tunes to the point that they are barely recognizable. At other times the players take off on extended almost free jazz sections where they are playing against each other and where the solos take off into significant flights of fancy.

But there is no doubting the talents of the players. The 34 year old Spaniard Colom is especially intriguing to hear within the group, as he is a lesser known talent but a player whose CD "Rise" (Jazz Village 2012) was a startling revelation last year. But each of the others shine as well. "Precisely Now" opens the set tightly starting with a bass solo, but the tune quickly evolves into an open freestyle blowing vehicle for extended solos from Colom and Osby. Colom’s solo is passionate and intense and nicely supported by Ortiz and the lively drumming of Royston. Osby's solo is more tense and urgent. Osby demonstrates his abilities to play both inside and out, and his opening solo introduction to "Jitterbug Waltz" is a demonstration of his talents, as is his smooth sax play once the melody is underway. Ortiz’s “Orbiting” is a vehicle for an outstanding solo by Colom which is fiery and exciting, while Ortiz follows and calms the piece with hs own solo before Roylston turns up the flame with a drum feature. Ortiz plays his solo on "Ask Me Now" wonderfully, and this is a stabilizing ballad in the middle of the set. Osby and Colom play equally beautifully. The fury return with the closing “The Maestro”, another solo fest for each member  to blow this into a pretty avant-garde ending.

“Banned In London” is an exciting outing that gets out to the edge but never falls off the cliff. It's for the more adventerous listener who understands the live context and is willing to put up with the excesses of the format to hear the gems within.
Posted by a jazz listener's thoughts at 9:07 AM