Spike Wilner is one busy man. Somehow, in addition running Smalls Jazz Club, developing multiple bookings covering seven nights a week, playing an early set as a soloist or a later set with one of the many fine groups that pass through the club each week, generating new ideas to bring jazz to the audience including on-line streaming from the club, maintaining a website and Facebook page, and producing a number of very fine recordings in the "Live at Smalls" series, including one of himself playing solo, he found the time to do a trio recording on the Positone label. And a terrific one at that.

Michael “Spike” Wilner is a native New Yorker who drew his first inspiration on piano from a television program about Scott Joplin, and thus took to ragtime at an early age. He pursued ragtime throughout high school, performed “Maple Leaf Rag” at the St. Louis Ragtime Festival, and from that start decided to continue his education with an eye towards a career in music.  Following high school he enrolled in the New School For Social Research’s Jazz and Contemporary Music department in New York.  In this fertile musical environment he found like-minded players including Peter Bernstein, Jesse Davis, Larry Goldings, Brad Mehldau, Roy Hargrove, Sam Yahel, Joe Strasser and others.  He was a student of pianists Walter Davis Jr. and Jaki Byard, and  was involved with the Jazz Cultural Theater under the direction of  Barry Harris.

As a professional on the scene in New York, he  began to play gigs in the various clubs, was a house pianist at the Village Gate as well as other long-gone clubs such as Visiones, The Angry Squire and The Village Corner, and eventually settled in at Smalls, then owned by Mitch Borden.  At Smalls, he developed his music and playing career, and eventually became a partner and manager of the club, where now he can be found most nights. 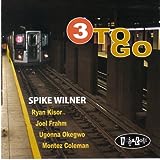 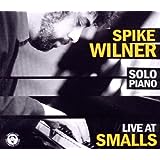 "La Tendresse" (Positone 2012), with Dezron Douglas on bass and Joey Saylor on drums, is his newest recording, following upon "3 to Go" (Positone 2008), a quintet with Ryan Kisor and Joel Frahm; his solo outing "Live at Smalls" (Smalls Live 2010), and  two earlier outings -- "Late Night: Live at Smalls" ( Fresh Sound New Talent 2004) and "Portraits" (New Jazz Renaissance Recordings 1999).  The new disc has a lot of the same characteristics as his solo outing --- a wide range of styles, innovative approaches to the music, a light and expressive touch on the keys, and the use of a lot of tempo changes within each song. Additionally, Wilner demonstrates that he can write in various styles with his four original pieces. The eight covers range from the ragtime of Scott Joplin to show tunes by Harold Arlen and Irving Berlin to the classic jazz writing of Ellington and Monk, all ably handled with fresh thoughts, lightening quick arpeggios using the entire keyboard, and expressive and intricate improvisations.
This is an interesting program of tunes that covers a broad swath of jazz history. "La Tendresse" (Tenderness), the title tune, leads off the CD and to this ear sounded entirely improvised and extremely passionate, and had echoes of the improvisations of Keith Jarrett. It is a beautiful song with which to begin. A jaunty trip through "If I Only Had a Brain Follows", almost like a palatte cleanser during a fine meal in preparation for the food  to come. It is clever, light, and catchy, with a nicely underplayed accompaniment by Saylor always keeping it moving forward. Next Wilner reaches into his schoolboy training to give us the ragtime "Solace" by Scott Joplin, but does so within his own stylings -- lots of tempo changes, shifts from lovely legato tones to sections with a lighter and shorter touch. This is an extremely fresh take on a song that is a century old and is a reminder of the threads that run from the earliest jazz players to today's stars.
Wilner's own piece "Silver Cord" follows, this time with a more composed feel than his first composition; then "Always", an Irving Berlin chestnut, follows and maintains the lyrical flow; as does "Lullabye of the Leaves", a solo tune by Wilner.  Wilner is then off and running with an unexpected, uptempo take on "Always", with the brushes and later the ride cymbal maintaining the momentum underneath the rapid and wonderful fingerings of Wilner. The last five pieces feature two tunes by Ellington and Richard Rodgers, both done at a lovely mid-tempo pace, allowing for a lot of expressive interplay, and "Crepuscule with Nellie", which shows Wilner's respect for Monk's style of play, albeit with some tasty flourishes added into the mix. Carol Burnett would cry tears of joy to hear the wonderful playing of her theme "I'm So Glad We Had This Time Together." and Wilner exits the disc with a rousing "Happy Ending", a very fast and jaunty tune which sounds very much like a theme song for the band, and a chance to allow each member to shine one last time.
This is the program of a piano player with a great deal of skill and an understanding of the history of the jazz piano. Wilner takes music from across the span of a century and, while staying true to each song's roots, finds impressive ways to add his own touch to each to create a singularly fresh CD that I highly recommend.
Posted by a jazz listener's thoughts at 5:21 PM