Try it, You May Like It: Music Inside and Out, Joe Alterman and Nik Bartsch

I like to make an effort to characterize the music I write about using adjectives or categories that are descriptive enough to give readers a sense of what to expect.

Sometimes I say music is "inside" or "down the middle" or "like a classic Blue Note sound", and hope that creates an image for readers. That music in my mind stresses melody, gentle harmonies, standards, and gentle improvisations.


Sometimes I say music is angular, full of dissonance, less about melody than rhythms and melodies than the sounds themselves, and use words like modern or abstract or improvisational. I hope that creates a clear image of fractals and free improvisations.

And then there are the shadings -- music that is based on melodies and standards but with some modern creativity, interesting improvisations, or unusual instrumentation; music that is a bit outside but not too far;  chamber jazz, that stresses colorations and gentle harmonies; or music that is totally abstract or improvised but not in an angular and dissonant way.

I do this so those who want to try new artists or new sounds have an inkling of what thay will be getting. This post covers two polar opposites in sound (to me). I hope it illustrates my thinking in action in this post,  which is to get people to pick up and listen to a new artist, Joe Alterman; pick up some new CDs by well known artists (David Hazeltine, George Cables, Harold Mabern); or to try some experimental music, go out on a limb and listen to Nik Bartsch's Ronin. 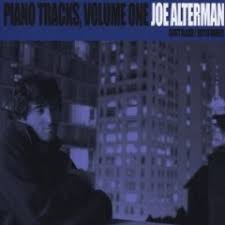 So, who is Joe Alterman, what is his music about, and will you like him? Joe Alterman is a young pianist from Atlanta who moved to New York and studied music at N.Y.U. , graduating in 2012. He says he grew up with the piano jazz greats on LPs at his home -- Garland, Jamal, Garner, Peterson, Jones and others. He worked hard to first incorporate their sounds and then to discern what made them special so he could take those lessons into his own sound. He is currently continuing with his Master's Degree at NYU, and learning from respected teachers like Jean Michel-Pilc, John Scofield, Joe Lovano and others, as well as playing at the many clubs around the city.

He has performed all over New York as well as abroad, and in 2009 recorded his first CD, "Piano Tracks Volume 1" (Self-produced 2009), a set of five standards and five originals with a true "Blue Note" fifties feel. I was lucky enought to read a bit about it then and picked it up right after it was issued.  Only 21 at the time, the CD is incredible for the maturity demonstrated, tand he sensibilities of never rushing notes and letting tunes breathe (He cites Ahmad Jamal as his hero).  He demonstrates quite a range in his play -- a bit of stride, block chording, and a strong melodic flow and swing beat. His originals include some soul-jazz, some balladry, and merge perfectly with the classics. His band is Scott Glazer on bass and Justin Varnes on drums, except for the song "First Night Home," on which it is Sam Sellinger on bass and Tiffany Chang on drums.

His second CD, "Give Me the Simple Life" (Mile High 2012) has just appeared and is a real testament to Alterman's taste, jazz interests, and abilities, and is a classic straight-ahead set that is extremely impressive. As band mates he has chosen Ahmad Jamal's rhythm section of James Cammack on bass and Herlin Riley on drums; and then he has added the classic round tones of tenor saxman Houston Person for four songs. "Georgia on My Mind" is the opener, with Person on tenor, and it is played at a faster pace than usual with a bluesier sensibility that really cooks. Moving into "Give Me the Simple Life", Alterman immediately demonstrates how well he has absorbed the music and teachings of his predessessors with a bouncy, playful and altogether charming take on the piece. This continues throughout the recording, whether covering classics like "Time After Time" with the trio or "Blue Moon" with the quartet or his own composition, "The First Night Home" with Person blowing strong.

Alterman is solid and respectful of his roots but not necessarily a unique voice at this point, which is not to demean what is a great record that I easily recommend. He has the knowedge of what is most meaningful in the jazz tradition and a solid musical vision of who he is. His touch is reminiscent of Garland or Jones, he works carefully with his cohorts and truly listens and works with them, and has created a really lively, spirited and swinging CD. He is a young guy working to expand his vocabulary to bring the standard sound to the new century. 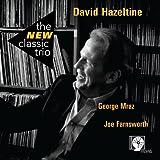 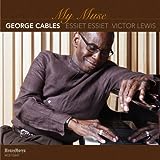 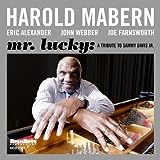 You can see how much Alterman fits in with the classic pianists of the 50s and 60s as well as those who are still playing today like Cedar Walton or Junior Mance by considering his CD alongside three new releases by David Hazeltine, Harold Mabern, and George Cables. All three, while breaking no new ground, provide nice additions to their discographies with these recordings: Hazeltine's "The New Classic Trio" (Sharp Nine 2012), with George Mraz and Joe Farnsworth; Mabern's "Mr. Lucky" (High Note 2012) with Eric Alexander on tenor, John Webber on bass, and Joe Farnsworth on drums; and Cables' "My Muse" (High Note 2012) with Essiet Essiet on bass and Victor Lewis on drums.

In each case you know what you are going to get --- great melodies, expressive pianism and tight trios, and in the case of Mabern some lyrical saxophone play from Eric Alexander. No surprises, just great music, some standards, some less played songs from classic composers, and some original works. These gentlemen are the direct successors to Garland, Peterson, Kelly, et al, and in the case of Mabern and Cables, go all the way back to the 60s for their starts, but they are never dull as they constantly find simple ways to freshen the music with modest changes in voicings, chord choices, tempos, and improvistions. All are welcome additions to anyone's collection.

So all four "down the middle" CDs are great, but I encourage you to start with Alterman, the new kid on the block, who represents the bridge from the past to at least one path for jazz's future.

Now lets step outside. There are all sorts of ways to do this. Just outside are those like Jarrett, Bollani, Pieranunzi, Bley, and Mehldau, those who are deeply rooted in the conventions of the piano trio, play the melodies in their songs' heads (when not doing free composition) but are more improvisational than those who play down the middle. One can follow the formidable modernists led by Vijay Iyer, Jason Moran, or Matthew Shipp, who can play both just outside the box, way outside the box, and anywhere in between as they reinvent the language of jazz for the classic piano trio but still retain the structures. One can go towards the European chamber jazz sensibilities of Bobo Stenson, Marcin Wasilewski, Anat Fort, Ketil Bjornstad, and others whose play emphasize moods and colorations over traditional jazz rhythms and beats.  Or there are the European trios following in the footsteps of E.S.T., like Helge Lien, Michael Wollny [em], and the modernists using today's pop like Bad Plus and the Curios.

Or, one can really step far outside, at least in this blogger's opinion, and create something altogether new, unusual and almost beyond category, which is where I placed The Necks, The Portico Quartet, and Nik Bartsch's Ronin in my post of  May 14.

Today I have two additions to the Bartsch discography -- two pre-ECM CDs that I picked up in Europe, "Aer" (Ronin Rhythm Records 2006) and "Live" (Ronin Rhythm Records 2006), both of which fall right into the paradigm for their later work. I also wanted to write about Bartsch because shortly there will be another live disc, this one coming out on ECM later this month that I wanted readers to be aware of.

I like Ronin a lot but recognize it is a very distintive sound and probably pretty polarizing -- I doubt there is a middle ground here between I love them and I hate them. The music is not based on melodies, barely on rhythms, and only loosely on harmonies. It is really based instead on the atmosphere that the band creates, the colorations that they achieve, and the overall mood they set. The music is called Zen-funk by Bartsch, the composer and pianist for the group; and Ritual Groove Music, a single aesthetic vision that attempts to get maximum effect by minium needs -- another definition of what the band is about. Their influences come from funk, classical music, eastern ritual music, et al. and the music itself consists of very few phrases and motifs, which are continually combined and layered in new ways. There is unity in all of the compositions, in the way the instruments are attacked, the phrasing, and the integration of the sounds. The mood is always mellow, the sound never harsh or discordant, but the music is very different.

This is a significant sonic challenge for the listener who is looking for interesting experiences. "Aer", is a studio album and includes six Moduls, as all of Ronin's tunes are titled. It also includes Sha on bass clarinet and alto sax for the first time with the group, although he is subsequently on all of the ECM CDs. Sha adds significant texture to the sound and a second melodic instrument, along with the piano, and is particularly effective in addressing the moods that the band is seeking. The "Live" album is also interesting. Here there is no woodwind and the band is really a trio of piano/rhodes, and drums/percussion. Still the sounds are fascinating, the slow changing patterns arresting, and the moods shift as textures and colors come and go, intensify or retreat, etc.

Ronin makes a lot out of very little, and achieves its goal of creating a zen-like mood and modern ritualistic groove. This is still a piano trio, but as far from the straight and narrow as one can conceivably go. The music is soothing, the sounds are never harsh or discordant, but still this is for the adventerous listener. I find it fascinating, and when I want mellow, a perfect setting matching the mood. These two discs are easily worth the investment to those who like Bartsch or want to experience "Ritual Groove Music." But you can start with the easier to find ECM recordings and still understand what his music is like.

Think about it -- there are so many facets to jazz to listen to, to accept or reject. But listening is the only way to find out, and exploring the pathway to discovery. I hope readers will take the time to listen to these CDs and others and decide for themselves -- do I like inside or out, or both? Should I buy an established artist or a new voice? Try the sound clips, the You Tube videos, and then the CDs if you think you might like the music. It doesn't take a lot of time and effort, and the payoff may be great.

Good luck to all.
Posted by a jazz listener's thoughts at 10:29 AM