A dwarf planet, Eris, larger than Pluto. Its moon, Dysnomia, from the Greek "lawlessness". A CD, Dawn of Midi, "Dysnomia" (Thirsty Ear 2013). A black and white cover, an abstract drawing -- Dysnomia surrounded by a vortex of moving lines? A black hole with the same surroundings?

All very abstract and mysterious, a suggestive of the music inside, which is equally mysterious, sinuous, and abstract. Nine all-acoustic pieces created by the Dawn of Midi band members Israni and Belyamani -- Qasim Naqvi on drums, Aakaash Israni on bass, and Amino Belyamani on piano. Is it scripted or free, or both? Not sure at first but as the music evolves it must be tightly scripted to have such integration. Is is music? -- not sure there either. There is a beat, there are rhythms, and there are repeated motifs, but there are no melodies, no real harmonies.

It is also captivating, unusually so, it's addictive, and it is strange. It's a piano trio format but in no way does that describe it, in fact it only will confuse. It's a minimalist tableau of sound and rhythm, seemingly disorderly but in fact very tightly held among the three players, who clearly have composed or at least scripted the elements. The elements start out, they repeat and grow, they evolve, they morph into other sounds and rhythms. It's actually quite gentle and restrained in tone and texture and yet a strong beat is omnipresent to drive the music and engage the listener. 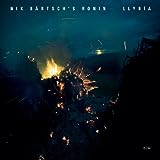 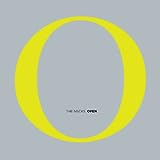 Ultimately, to me it has two antecedents, both of whom I like and have posted on before, and both of whom are equally unusual, modernist bands:  Nik Bartsch's Ronin and The Necks. Very much in the same genre of sound, of experimentation with sound, of slowly evolving figures, and meditative passages. For those with a taste for the unusual.
Posted by a jazz listener's thoughts at 8:27 AM