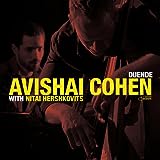 Avishai Cohen, the bass player, has recorded the duo session with Nitai Hershkovits, called "Duende" (EMI/Blue Note 2012). I hae been disappointed with Cohen's most recent ventures, where he has expanded his groups to incorporate a host of other instruments as well as vocals; I much prefer his simpler works, and this duo clearly is that in terms of instrumentation but not in terms of its music. Incredibly lyrical, in many places, the pair are clearly intuitively in tune with each other's play. "Signature" is a Cohen original that immediately sets the stage with a romantic piano part and great bass support; it is one of Cohen's five originals that demonstrate his lyrical writing and ear for harmonies. Cohen also surprises with a solo paino effort on the last track "Ballad for an Unborn." Another wonderful surprise is his arrangement of "Criss Cross", the Monk composition, with his arco bass and then counterpoint to a nicely rounded piano with just enough Monk edges. 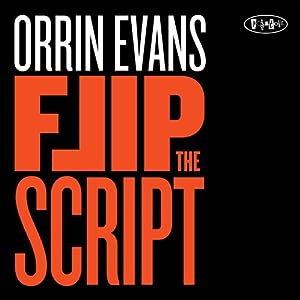 A lot of reviews are already in for Orrin Evans "Flip the Script" (Posi-Tone 2012) so I just want to add my two cents that this is a piano trio bursting with energy even when playing with elegance at a slower pace. It includes six Evans originals and his arrangements of a couple of soul classics, "A Brand New Day" from Luther Vandross and "The Sound of Philadelphia" by Gamble and Huff, the latter a low key solo. The standard "Someday My Prince Will Come", played extremely slowly and gracefully, confirms that Evans can play as pretty a ballad as any of his contemporaries as well. Ben Wolfe on bass and Donald Edwards on drums provide ample support throughout. 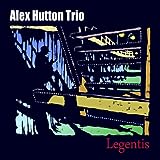 Probably the most intriguing and least well-known of the three leaders in this post is British composer and pianist Alex Hutton, who leads his Alex Hutton Trio on "Legentis" (F-IRE CD 2011). This is Hutton's third album, following "Cross That Bridge" (33 Jazz  2006) and "Songs From The Seven Hills" (33 Jazz 2008), also trio recordings.

Alex Hutton is known for his cinematic approach to song and joy in improvisation. His trio of bassist Yuri Goloubev and drummer Asaf Sirkis, who usually partner with pianist John Law, are up to the challenge and together the three create some elegant compositions.  There is some similarity to the work of Avishai Cohen in the drama, warmth and integration of the piano and bass lines. The music starts out in a fast charge with "JJ", with a driving drum line, furiously played piano, and the added wordless vocals of Heidi Vogel. The arco basslines that close the song demonstrate another facet of the composer -- his romantic lyricism that shines even during the most fevered sections.  "The Legentis Script", up next, includes french horn and flute parts, wordless vocals by Vogel, and an appealing grace in its simple piano melody lines. "Clouds" lowers the heat with a straight trio recording of breath-taking beauty and lyricism; this same feeling abounds in "Hymn II (We The People)", "Farewell 296", and the closing piano solo "A Norsk Tale." The English Horn part in "Hymn II" adds a particularly beautiful feeling to the overall CD. The interplay of the dramatic, energy fueled pieces and the quiet lyricism of the slower pieces increase the dramatic element and power  of the recording.


Very cinematic in scope, Hutton cites Elmer Bernstein and John Williams among his inspirations for his works. This emotionally charged music captures the spirit of the cinema, albeit without the need of a full orchestra to do so, a wonderous accomplishment.