I decided to play catch-up with this post, listing out my February purchases of new music and providing some capsules about each one. This excludes those I have already written a post about -- e.g. Trichotomy, Francesco Turrisi, Claire Daly, Eric Alexander, Aruan Ortiz and Michael Janisch, Jackie Ryan, and Harvie S.


It's a great batch, so here are they are:

Mats Eilersten Trio, "Sails Set" (Hubro 2013): On April 10, 2012 I did a complete post on Eilersten -- who he is, his discography, and a discussion of his last few Hubro CDs. Clearly he is one of my favorites and one that I recommend to anyone interested in Northern European chamber jazz/ECM-like jazz. Just simply a well-oiled trio playing some lovely melodies in that style. 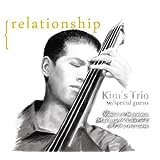 Deseul Kim/Kim's Trio, "Relationships" (Self-produced 2013): this one caught my eye when I saw that one of the guests was Vincent Herring on alto sax and flute. As I have said before, when the names behind the young player are well-known and well-regarded, it is likely that the young player is an up and coming talent. And Kim is, both as a bass player and a composer of several of the songs. Nice straight ahead music played with flair. Others on the recording are Oscar Williams on piano,  Ryan Palermo on drums, and  PJ Rasmussen on guitar. 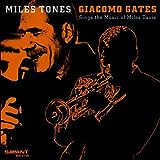 Giacomo Gates, "Miles Tones" (High Note 2013): Gates came to singing professionally late but has made up for it with a string of solid outings in the past decade highlighted by his critically-aclaimed tribute to Gil Scott-Heron "Revolution Will  be Jazz" (High Note 2011). Here he takes on tunes associated with Miles Davis, and does so with some undstated vocals that capture the essence of each songs lyrics beautifully. "All Blues" and "So What" stand out to this listener, but the entire package is a wonderfully laid back experience.

Splashgirl, "Field Day Rituals" (Hubro 2013): Splashgirl is listed as electronica and is more avant garde than label mate Eilersten, but is hardly way out there. It's a piano trio with a bit more panache and distortion, and very much in the same vein as E.S.T., Trichotomy, or Bad Plus for example, with hints of the more unusual groups like Nik Bartsch's Ronin or The Necks. I was a bit leery to try it but am glad I did. If you wnat a piano trio that is edgy but not wildly avant garde, this is for you 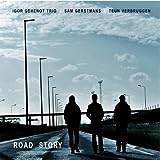 Igor Gehenot Trio, "Road Story" (Igloo 2012):  At just 24 years of age Igor Gehenot has produced a simply magnificent trio work here with Sam Gerstmans on bass and Teun Verbruggen on drums. Gehenot is a Belgian, classically trained first and then trained in jazz by pianists such as Dado Moroni, who I greatly admire. But what makes this album special is the joy in it, the variety of moods and rhythms and dynamics, the tightly written compositions, all by Gehenot, and the touch and exquisite tastefulness of it all. Verbruggen is a master with the percussion throughout. This one has it all.  There are a lot of piano trios out there, but very few reach this level. This is a harmonic delight. If you like piano trios, if you like the trios of  Mehldau and Jarrett, don't miss this kid. 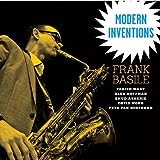 Frank Basile, "Modern Inventions" (CD Baby 2013): Straight-ahead jazz by an accomplished sextet featuring Basile on baritone sax, Alex Hoffman on tenor sax, David Wong on bass, Ehud Asherie on piano, Fabian Mary on trumpet, and Pete Van Nostrand on drums. Basile is one of those baritone players who can take a cumbersome instrument and make it sing, with lovely legato lines and a huge range from the lowest notes to a tenor-like sound at the top. He is wonderfully supported by a number of players that I have posted about, highlighted by David Wong on bass. The post on Wong is still one of the most widelely read posts I have done in fact, and is a tribute to his big woody sound, and his mastery of all facets of play and support for the band. Ehud Asherie is another I have posted about, a young pianist with an encyclopedic knowledge of jazz piano and a love for the classic sounds and songs. Hoffman has gotten himself into a bit of controversy lately but put that aside and listen to his smooth sound. All in all a great mainstream recording. 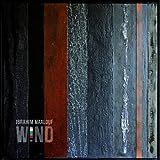 Ibrahim Maalouf, "Wind" (Harmonia Mundi 2012): A beautiful package containing a beautiful recording, this is one where I knew the supporting cast so trusted them to guide me to a great outing. Maalouf wrote and arranged the music and plays a lovely trumpet. His support is Frank Woeste on piano, the flexible Mark Turner on saxophone, Clarence Penn on drums and Larry Grenadier on bass. The music was written to score a silent film and the tracks fit together thematically and emotionally as it explores the themes of the film -- mystery, doubt, heartbreak, and even schizophrenia. Maalouf dedicated the work to Miles Davis and while he is not an imitator, he does provide the restraint and moodiness that Miles captured in his film work for "Elevator to the Gallows." Woeste is especially good in setting the stage for much of the music, and the titles reflect the moods -- "Doubts", "Suspicions", Excitement", "Certainty", and "Mystery" are a few of them. This is a first rate outing and each track stands on its own as a wonderfully moody and expressive work. Very mainstream sound and very good.

Das Hammerklavier Trio, "Now I Know Who Shot JFK" (Altrisuoni 2009):  This is not their newest, which is "Rocket in the Pocket" (Jan Matthies Records 2012) and which I wrote about on December 26, 2012. That was the impetus for going back to get the earlier recording. this is another modern, fun European piano trio, a bit quirky, a bit mainstream, and always interesting. They play standards, they play rock, they play originals, they even drop in classical; mostly accoustic but occasionally with a frisson of electronics or fender. They are Boris Netsvetaev on keyboards, Phil Steen on bass, and Kai Bussenius on percussion. They are fun. 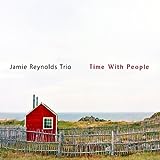 Jamie Reynolds Trio, "Time With People" (Fresh Start New Talent 2012): Once in a while I'll buy a CD, particularly a piano trio, because I like the look of the package. This is one of those times. Of course I knew the label as well and trusted it. Reynolds is a pianist, and his mates are Gary Wang on drums and Eric Doob on drums. I still don't know much about them, but I do know that Reynolds is a talented composer and player, that he evidently lives in Brooklyn, and that the music is refined, delicate, and lovely. I'd identify this with modern impressionism, lovely melodies played with grace and backed by a refined percussionist working his palette as well as providing a solid rhythmic base. Very subtle tunes played quietly and tastefully. Nice stuff. 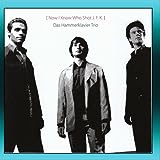 Steve Melling, "Solo Piano: Keys to the Upper Story" (MelliJazz 2012): Melling is a British pianist who began his career in the 1970s, and has played with many fine bands and players including Clark Tracey, Tim Whitehead and Alan Skidmore, all recognized names in the U.K., and with American stars like Phil Woods, Benny Golson, James Moody and Charles McPherson. This CD features Melling on 13 originals and is a wonderfully diverse set on modern maintream music.

Sara Serpa and Ran Blake, "Aurora" (Clean Feed 2012): I have to admit that Serpa's voice takes some getting used to. She is hardly a classic jazz singer, so do not expect that. She is a marvelous interpreter of the jazmusic however. Her simple, unadorned and vibrattoless voice has been described as "smooth as glass", and it is its simplicity that at first surprises and then reassures us that we are listening to a very talented individual. She is from Portuagal, had training at Berklee and the New England Conservatory with Danilo Perez and Ran Blake among others, and is well known in New York circles.  The arrangements are simple and sparse, with the Blake playing piano with Serpa, blending beautifully with her range and dynamic patterns and taking some lovely solos himself. This is a follow-up to an equally nice "Camera Obscura" (CD Baby 2010) by the duo.  Tender, daring, captivating -- these are good words to describe the voice and the music. Serpa is an original but well worth the time to listen to.

Going on vacation after this week, so there will likely be a gap in posts until later in the month. But this one should provide for lots of exploration and discoveries.

Posted by a jazz listener's thoughts at 10:02 AM