I got two new CDs today from two of my favorites from overseas -- Trichotomy and Francesco Turrisi.  Both have some new and exciting sounds incorporated into their music that make them very rewarding listens. 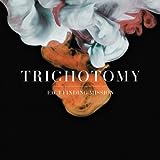 Trichotomy's "Fact Finding Mission" (Naim 2012) follows the highly regarded "The Gentle War" (Naim 2011) and their international debut CD "Variations" (Naim 2010). As the band Misinterprotato they recorded three CDs in Australia, where they began in 1999. All three are available on thier website either as downloads or as CDs. 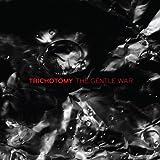 The band is Sean Foran on piano, Pat Marchisella on bass, and John Parker on drums. For this outing they have added James Muller on guitar (Tracks 2, 6, 8), Tunji Bejer on percussion (Tracks 6, 9), and Linsey Pollack on reeds (Track 9). These additions, particularly the guitar, add new dimensions to the already fascinating layers put down by the trio, and is a departure for them since their last recording.

Trichotomy, according to the dictionary mans division into three parts, or a system based upon three parts, which is a pretty precise definition for this group after 14 years together. They are very much a group of three individuals with a collective sound developed in that time. They are a very contemporary group that blends all sorts of musical streams into their recordings -- progressive rock, classical, all types of jazz, and ambient music. They  blend these influences into songs that are always interesting and unique, with distinct melodies, imaginative improvisations, and often unique atmospherics. The group formed in 1999 while all three were students at the Queensland Conservatory in Australia and after their first decade finally were introduced internationally by Naim with "Variations".

"Fact Finding Mission" is their third international release and is another fine recording full of life, creativity, challenges, and spontenaiety. The songs are varied dynamically, rhythmically, and in this case instrumentally. The three peices with guitar are distinct from the remianing six, and within the remaining six are some quiet songs as well as some uptempo and even unusual ones. Influences galore are often cited for the band, from Bad Plus, E.S.T, and Vijay Iyer to Brad Mehldau and The Necks. this clearly places them within the structure of modernist and moderately avant-garde piano trios, that is, structured music with a lot of freshness, playfullnes and daring thrown in.

"Fact Finding Mission" opens with "Strom" a tune with a lively, modestly latin rhythm and catchy piano melody. It's a pretty straight-forward piece, light and lively piece that captures the interplay of the three members well, and sets a high standard for the entire set. [Note: Given the political statement later on, I cannot help wondering if this is dedicated to Strom Thurmond but if so I have no idea why that would be so, even if it was ironic.] "The Blank Canvas" that follows immediately changes the dynamics, opening immediately with a guitar melody with an underlying roling piano base playing against it. While it's another lively song, it is very different though no less rewarding. "Lullaby" is a quiet piano based tune with lots of open spaces, a quiet demeanor, and very modest touches of bass and drum support. It and the later "Song for E.V." were written for the musicians' children and are soothing pieces of great resonance for he listener. In between them, however, is the far from soothing title song, the most unsettling piece on the CD with its heavy thumping beat and discordant piano part, plus some unusual musical effects. A very dramatic piece to say the least, especially when it is overdubbed with statements from Richard Nixon and George W. Bush (as well as one voice I cannot recognize) that are not particularly flattering. Jarring music for two jarring politicians. "Civil Unrest", by Parker as was the title song, with its guitar solo is also played over a heavier beat, and the sinuous guitar melody is part of that different sound introduced with the extra members. Finally, the introduction of the soothing bass clarinet on the mid-eastern like "Brick by Brick" and the lovely bass solo opening of "The Brook" need to be heard as they are part of two more of the more mellow impressionistic pieces.

This is a band that is never dull, always playful and seemingly spontaneous even within their structured arrangements, and highly inventive. Three strong recordings in three years, and hopefully more to come.

Francesco Turrisi
is an Italian musician living in Ireland. I wrote about him in a post called "Hits by Brits" last April 28th, and included his CD "Photografia" (Diatribe Recordings 2011) as one of my favorites for 2011. He had an earlier trio recording plus clarinet/bass clarinet of equal beauty, "Si Dolce e il Tormento" (Diatribe Recordings 2008), and has also recorded in other configurations in recent years. His is music that mixes classical elements with jazz to create the type of chamber jazz that is associated with ECM and the northern European sound.  Beautiful melodies, sparse arrangements, an emphasis if atmosphere and imprressionistic touches all characterize Turrisi's sond.  What makes this recording dirrerent is the instrumental grouping -- while still a trio, that group is now Turrisi on piano, Joao Lobo still on drums, but now Fulvio Sigurta on trumpet. There is no bass for this recording. 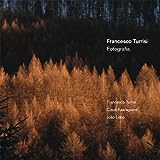 The result is a dramatically different CD, not so much in terms of temperature, influences, and the like, but in terms of the sound itself. It is very much a trumpet player's recording, and Sigurta is marvellous in taking the lead. His tone is restrained and lovely, reminiscent of Kenny Wheeler and the quieter moments of Enrico Rava. Only once does the trumpet rise about a nice mezzo-forte sound, which is the maximum dynamic level thorughout the recording. I wrote a series of words that I would associate with this CD: pastorale, lyrical, tranquil, lithe, serene, dreamy.... that should easily set the stage for those who chose to listen. Each song is built upon a wisp of a melody with lots of room for expressionistic touches by each member. A trumpet seldom sounds better in this type of enviroment than it does here.

This is an elegant recording that, while tranquil, is never boring. "Le" is a beautiful lullabye to Turrisi's as yet unborn child and was written with an expectant father's dreams built right into it. "Birth" is another meditation on what is coming for Turrisi and begins with an outstanding,beautiful, bewitching piano solo, followed later by an equally mellow and evocative trumpet. And just when you think it is all going to be a low key affair, there comes a touch of a slow bluesy trumpet in "Incubo n. 3"

A different path for Turrisi, with the piano as much in support of the trumpet as in the lead. It is a masterful set of compositions played by an equally masterful trio.

Posted by a jazz listener's thoughts at 9:18 AM