Not really first class, but the music through my headphones was. I listened to four new piano recordings, three hours and forty-five minutes of beautiful music. Three piano trios and one solo piano recording.  Each one is easily recommended. 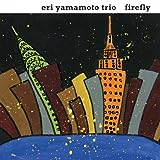 The Eri Yamamoto Trio, "Firefly" (AUM 2013) was the first in line. Yamamoto is a fixture on the New York jazz scene, with multiple recordings, most recently on AUM Fidelity; a regular gig at Arthur's Tavern since 2000 with her long-standing trio; a record of international accomplishments with other fine artists; but a reputation that seems hidden to the general jazz listening public. I wrote an extensive post about the trio on April 18th last year, and this is the first CD that they have made since. It has all the characteristics of its predesessors -- creative melodies and varied tempos, expressive language communication between the three partners, some quiet reflection, some eplosions of sound. Modern impressionistic music by a veteran trio; "Memory-Dance" and "Echo" are beautiful meditations, "A Few Words" and "Heart" energized creativity. It all adds up to a wonderfully diverse and comfortable listening experience. 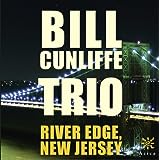 Bill Cunliffe Trio "River Edge, New Jersey" (Azica 2013) mixes six Cunliffe originals with two classics -- "You the Night and the Music" and "The Girl from Ipanema" -- and some modern music from Bjork and Harry Nilsson into a worderfully diverse and set by this verteran trio. Cunliffe on piano is a 57 year old veteran who recorded his first CD as a leader in 1993, and since then has over a dozen releases. He has interpreted old and new before -- one CD was interpretations of Paul Simon, another a tribute to Bud Powell. The trio -- Martin Wind on bass and Tim Horner on drums -- play in a modern mainstream style and do it with class and taste. This is a wonderful straght-ahead CD. 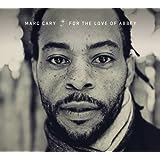 Marc Cary, "For the Love of Abbey" (Motema 2013) solos on this set of 14 songs dedicated to Abbey Lincoln, with whom he played for 12 years, following his working assocaition with Betty Carter first. Eight of thehe pieces are from Lincoln's songbook and they are majestically played by Cary with a great deal of emotion and drama. The songs cover the full range of emotion Lincoln put into her songs, from hushed quiet to soaring delivery, always keeping close to the melodies but with a great deal of thought and interpretation added. this is a terrific set of music with a freshness brought to the songs by Cary's wonderful delivery. It includes a nice booklet describing the music and thought that went into this recording as well. 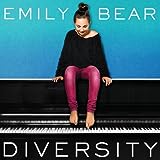 Finally the last and most surprising one of all, Emily Bear, "Diversity" (Concord 2013). Emily Bear is an 11 year old prodigy, another in the line of them that includes such notables as Grace Kelly, Eldar,  and overseas Francesco Cafiso. But for each of these players, who have continued to develop their talents and abilities and sound, there are others who have fallen back. I have no clue which way Emiy Bear will go, but when Quincy Jones is her producer and mentor, when her drummer is Francisco Mela who is a wonderful leader in his own right, then it's worth taking notice of this release. And its a very nice release, twelve compositions by Bear (add that to the mix!) that plumb a range of sounds and styles, that are each concise but allow for nice interpretations and improvisations by the band members, and that flow with emotions well beyond the feelings I would expect from an eleven year old, and you have a CD to hear and a musician to follow. Nice modern mainstream music.

These four CDs made for a nice, relaxing flight, and should make for a nice time for piano trio lovers.

Posted by a jazz listener's thoughts at 8:18 AM