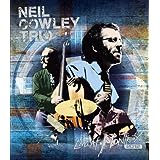 Wrapping up notes on a lot of CDs that are sitting on my desk. Not included are the big releases that you will read about elsewhere.  Dave Brubeck and Tony Bennett, Joshua Redman, Keith Jarrett's Standards Trio, Michel Camilo, and Christian McBride all have CDs out or out momentarily. I have heard each and can recommend any of them.

But what of the ones that are not getting as much publicity, that are not necessarily by "name brand" musicians. Here is a small list of those that I am enjoying: 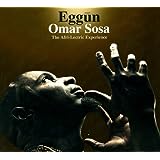 Omar Sosa, "Eggun" (Ota Records 2013): Sosa is an outstanding pianist with a series of great CDs. This one is called the Afri-Lectric Experience, but the electronic portions are really very subtle and non-intrusive to what is a terrific piece of accoustical music. Commissioned as a tribute to "Kind of Blue" the all original music has the same quiet, mellow feeling and spirit of the original. Forget the labels and enjoy the music. 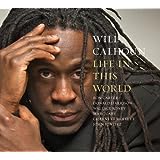 Will Calhoun, "Life in This World" (Motema 2013): Calhoun hits a home run on this CD as leader. The ecclectic Calhoun on drums is joined by a stellar cast --- Mary Cary on piano, Ron Carter on bass, Charnett Moffett on bass, Donald Harrison on saxes, Wallace Roney on trumpet are the most notable names joining in the fun. It's modern mainstream music that covers a range of sounds over several originals as well as covers of such tunes as "Naima", "Evidence" and "Love for Sale". Solid music, lots of great soloists, and several electric moments. 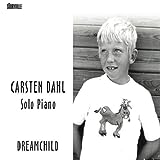 Carsten Dahl, "Solo Piano: Dreamchild" (Storyville 2013): Dahl has been written about here on several occasions. He is a creative composer who has written 10 songs here called "Dreamchild #1 -#10". Each is a minature tone poem of beautiful measured lyricism. Quiet introspection. 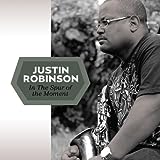 Justin Robinson, "In the Spur of the Moment" (WJ3 Records 2013): This is one of those CDs I bought based on the label and the contributing band members. The label WJ3 is Willie Jones' label, and Jones is an accomplished drummer who has a string of very good CDs himself. Here is plays in support of Robinson on alto sax, and is joined by Larry Willis on piano, Dwayne Burno on bass, and Roy Hargrove on trumpet. With that cast I figured this had to be good and it is. Robinson is strong on the alto on songs by Monk, Coltrane, Parker and others, and the band cooks. Great debut.

SFJazz Collective, "Wonder" the Songs of Stevie Wonder" (SFJazz 2013): The SFJazz Collective takes one composer each yeaar to study. The band members arrange one song from the artist's songbook and write their own songs in the artist's style. In the past they have studied Coltrane, Tyner, Silver, Coleman, Monk and last year Stevie Wonder. In addition to the annual CD produced already for Wonder's music, this is a set of eight of his songs from a live performance at New York University. Arrangements were by band members Miguel Zenon (alto), Stefon Harris (vibes), Robin Eubanks (trombone), Matt Penman (bass), Avishai Cohen (trumpet), Mark Turner (tenor), Eric Harland (drums), and Edward Simon (piano), the eight musicians who comprise the current roster. A very accomplished little big band and another big time production.

Buckets of great new music lately, and more to come.
Posted by a jazz listener's thoughts at 9:13 AM