One of my favorite perks from travelling is the chance to visit local record stores and particularly those which sell used CDS. I just returned from a short business trip to the LA area which allowed me to stop in at Amoeba Records in Hollywood once again. And for the fun of it, here is what I came back with: 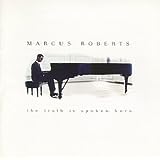 Marcus Roberts, "The Truth is Spoken Here" (Novus/BMG 1999) ($ 1.99): A beautiful CD that I somehow had missed from Roberts repetoire, it features his piano backed by Elvin Jones on drums, Reginald Veal on bass, Wynton Marsalis on trumpet, Charlie Rouse or Todd Williams on tenor sax. There are also some solo tracks by Roberts. That is one outstanding band and they live up to their names on pieces like "Single Petal of a Rose", "Blue Monk", and "In a Mellow Tone", alongside five Roberts originals. Love this music. 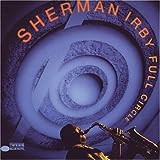 Sherman Irby, "Full Circle" (Blue Note 1997) ($1.00): Hard to know why Irby records so infrequently. Only six recordings as leader since this debut disk in 1997; his last one "Live at the Otto Club" (Black Warrior 2010)  is an energized outing that is in my collection, so I picked this up immediately. And what a price. It's 10 hard driving classic Blue Note songs played by a wailing Irby on alto, backed by James Hurt on piano, Eric Revis on bass, and Dana Murray on drums. Charlie Persip drums on one song. Two songs from others -- "Wee" by Todd Dameron and "Giant Steps" from Coltrane -- and 8 penned by Irby make up the hard charging set. The alto is played very energetically and in its upper register a lot, so you have to like that sound to enjoy the recording. 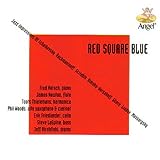 Fred Hersch, "Red Square Blue (Angel 1993) ($4.99): I didn't even know that this was in his discography, jazz impressions of famous Russian classical composers -- Tchaikovsky, Rachmaninoff, Scriabin, Rimsky-Korsakoff, Mussorgsky, and others. Hersch has a full band behind him -- James Newton on flute, Toots Thielemans on harmonica, Phil Woods on alto and clarinet, Erik Friedlander on cello, Steve LaSpina on bass, and James Hirshfield on drums. I don't know what more to say than it is lovely, creative, and soothing. 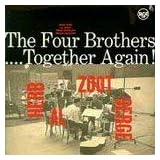 Zoot Sims et al, "The Four Brothers....Together Again" (RCA 1957) ($4.99): A reprise of the original "Four Brothers" CDs of Getz and Jimmy Giuffre, the name a tribute to the Woody Herman Herd in which they all played as the sax section, this time the reunion is Zoot Sims Al Cohn, Herb Steward, and Serge Chaloff, backed by Elliott Lawrence on piano, Buddy Jones on bass, and Don Lamond on drums. This was Serge Chaloff's last recording due to declining health, and at times his part was played by Charlie O'Kane. Great straight ahead 1950s blowing session. Nothing more needs to be said. 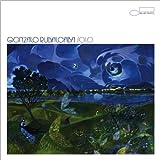 Gonzalo Rubalcaba "Solo" (Blue Note 2006) ($2.99): Don't know how I missed this one as well, as I am a big fan of Rubalcaba. As it says, it's solo piano on fifteen songs that include standards like "Besame Mucho" and "Here's That Rainy Day", and a range of styles and tempos from lullabyes to toe-tapping latinate beats, and everything in between. Its a lovely display of Rubalcaba's control of the piano, touch, and range. 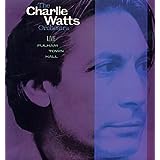 Charlie Watts Big Band, "Live at Fulham Town Hall" (Columbia 1986) ($ 7.99): This is a small treasure that I found, the Rolling Stones drummer leading his big band, which will join his Ronnie Scott set with the big band from 2004. Watts came up as a jazz player before moving into the blues and then rock and roll, and always kept his interests and skills up regarding jazz. He pulled together one stellar band for this recording --  among them, Peter King on alto sax, Evan Parker and Courtney Pine on tenor, Stan Tracey on Piano, and surprise -- Jack Bruce (Cream, Blind Faith) on bass. Tracey is a living legend, and King and Pine are very active leaders still.  Songs like  "Moonglow" and "Scrapple from the Apple"  feature vibes and two basses respectively, and swing classics like  "Stompin' at the Savoy," "Lester Leaps In," "Robbins Nest" and "Flying Home" have the excitement and energy of a traditional big band.

And two CDs for my vintage rock collection: 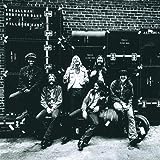 The Allman Brothers, "Live at Fillmore East" ((Polydor 1971) ($ 6.99): I have the original LPs, but never had the CDs, so this makes it more convenient to listen. This was a constant in the dorm back in my college years, when it came out I was a junior. 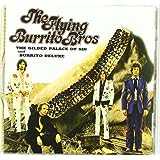 The Flying Burrito Brothers, "The Guilded Palace" and "Burrito Deluxe" (A&M 1997) ($9.99): I had New Rider of the Purple Sage, "Workingman's Dead" and "American Beauty", Gram Parsons and a few others in the Country Rock style, but for some reason no Flying Burritos. This corrects the gap.

Posted by a jazz listener's thoughts at 12:12 PM