Get to Know" The John Turville Trio 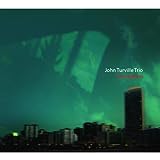 Using the categories I created for my year end blog, I put "Conception" by the John Turville Trio (F-IRE 2012) as into the modern impressionistic category, as this is an exceptional and creative jazz trio CD. This is my folllow-up describing the CD in more detail.

John Turville is one of many members of the communal group F-IRE(Fellowship for Integrated Rhythmic Expression), which is a very interesting organization and sponsor of some of the best new music coming out of the U.K. I recently wrote about "Icaros" (F-IRE 2012) by the Dominic Marshall Trio, and in the past have written about others in the collective.

F-IRE is a collective of artists whose aim, as stated in its objectives, is "to sustain the creative lives of their members and the surrounding community; to ensure that their creativity functions well inside the wider community; to share their knowledge and opportunities." It was created by a group of like-minded musicians who wanted to expand their compositional and improvisational musical languages. Since its inception in 1995 it has grown tremendously, was renamed F-IRE in 1998, and came to encompass a community of artists whose outlook stretched beyond music to the other arts as well. F-IRE members cdetermine their own directions and thereby do not necessarily conform to jazz categorization, which they feel could restrict their creativity. As a result, the voices of F-IRE members are distinct and "alive with the spirit of freedom".  In July 2004  F-IRE was awarded the BBC Jazz Award for Innovation, and all the musicians nominated that year in  the 'Rising Star' category were members of F-IRE.

Turville wrote seven of the ten songs on "Conception", with the others being creative re-imaging of "Scatterbrain" by Radiohead, the title song "Conception" by George Shearing, and ""Old Park Avenue" by bassist and band member Chris Hill. Turville leads the group as pianist, with Hill on bass, Ben Reynolds on drums, and Eduardo Vassallo on cello for two tracks.

The writing and improvisation is exceptionally well crafted and combines classical themes, jazz, and latin rhythms in a stew of ten tightly orchestrated and played pieces. "Elegia", with Vassallo on cello is a knockout, combining the three elements in a close weave of melodies played by the piano and cello, in unison and in complementary roles with each taking the lead or playing a counter melody throughout. The percussion colors the tune, adds a latin rhythm at points, and spices the mixture beautifully. It is followed by a lovely, quiet, rumination entitled "Old Park Avenue" a composition by Hill, on which Turville explores a large portion of the keyboard with a lovely theme while Hill and Reynolds quietly add texture to the piece. 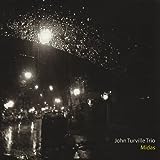 This is a very mellow recording but more varied and at times a little more angular than its predessor, "Midas" (F-IRE 2010) and is therfore more captivating and exciting to listen to. The opener, "Rhythmic Ant" begins the CD with a more urgent and angular feeling, captured well by Reynolds on drums, who sets the pace for Turville's explorations. When the group takes on "Scatterbrain" each member gets to stretch out and improvise on the familiar Radiohead tune, with a great solo by Hill included.  When Vassalo is added to the mix, the three songs he plays on intensify with a brew of jazz, classical, and latin textures. The intensity of "Fifth Floor" is a kick-*ss seven minutes of pulsating play by the trio. Reynolds gets a chance to push the tempo using his full kit, while Turville's melody and touch provide a greater sense of urgency than on previous songs. Still, the overall structure is modulated, never too intense or strained, and fits perfectly into the ten track mixture. And at the end, Turville gets close to his jazz roots and brings out for us the title song and a Shearing classic, with all the swing one would expect even as it provides a strong sense of modernity around the melody.

This is piano trio music at its highest level, an interesting, varied, and always pleasing set that should delight those on both ends of the jazz spectrum who choose to listen. Highly recommended.

Posted by a jazz listener's thoughts at 10:17 AM