A Straight Flush: Five of a Kind

I have purchased an overwhelming number of CDs lately, and even a few downloads where artists only produced digitally, and so, without further ado here are five of a kind, a straight flush, a wonderful set of five: 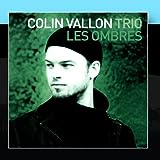 Colin Vallon Trio, Les Ombres (Unit Records 2004) is a predessessor to Vallon's recent outing, "Rruga" (ECM 2011). I sought it out after listening to the ECM set once again and wondering how he came to be there. This CD establishes his credentials very markedly; it is already very ECM-like -- lyrical, generally pastoral in mood and quiet in dynamics, and it features a lot of interplay among the trio members. The others are Patrice Moret on bass and Julian Sartorius on drums. There are a few pieces taken at a slightly more breezy tempo and tone, but the overall statement is relaxed and quite lovely. 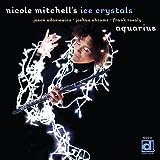 Nicole Mitchell's Ice Crystal "Aquarius" (Delmark 2013) is a quintet including Mitchell on flute, Jason Adasiewicz on vibes, Joshua Abrams on bass, Frank Rosaly on drums, and on one piece Calvin Gantt with spoken word. The combination of flute and vibes gives this a very light, confectionary feel, but the songs are acually very complex and shared freely among the partners. Modern jazz of the highest quality with some avant sprinkled in, it's a spiritually uplifting and energetic outing. 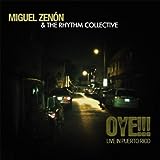 Another uplifting and spirited recording comes once more from Miguel Zenon as he continues to merge his latin and jazz roots in his music. "Oye!!! Live in Puerto Rico" ( Miel Music 2013) is a wonderfully toe-tapping, body swaying set of seven songs, five by Zenon and one each by Tito Puente and Sivio rodriguez. Puente's "Oye Como Va" which many of us know from Carlos Santana's recording, is a 14:32 minute celebration of latin jazz, punctuated by a soaring and lyrical alto sax and outstanding percussion from Tony Escapa on drums and Reynaldo De Jesus on percussion. The fourth member of "The Rhythm Collective" as the group is called is Aldemar Valentin on bass. Fantastic music led by the showmanship of Zenon. 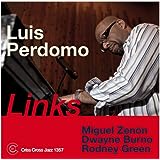 Also in the Latin Jazz vein is the new one from Luis Perdomo, "Links" (Criss Cross 2013), with Miguel Zenon on alto, Dwayne Burno on bass, and Rodney Green on drums. Perdomo needs more recognition -- his string of piano music in trio and quartet is unsurpassed for energy, lyricism, and invention. Here he and Zenon, two masters of the form,  really get it together to produce some amazing high energy music from a variety of sources. Perdomo's own "Crossmind Dreams" is an adventure in lyricisn and beauty, Zenon's "Paco" a high energy romp. Burno and Green have a composition each, and they contribute in a big way to the movement and  spirit of the CD. Another sterling outing for Perdomo, as well as Zenon. 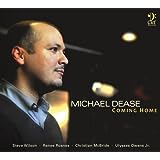 Finally, a solid mainstrem modern outing froom Michael Dease, a young trombonist building a very strong resume, "Coming Home" (Cleft 2013) features Dease with an all-star cast:  Renee Rosnes on piano, Steve Wilson on saxes, Christian McBride on bass, and Ulysses Owens Jr. on drums. Each a leader, each a player who therefore knows about interations among the whole and how to create a "sound". And what a sound this is. Dease has total control over the trombone --- his sound is deep and burnished; his notes can come rapidly, wonderfully soulful and legato, smooth or greasy, or any other way called for; and his recognition of the interplay with his mates is impeccable as each is given plenty of space to shine. Good old mainstream jazz by a steallr cast. Fabulous.

So five CDs to try from a range of different places -- trios, quartets, quintets; modern lyricism and impressionism, mainstream jazz, and latin jazz; and horns, brass, piano, drums and percussion galore. Take your pick, they are all great.
Posted by a jazz listener's thoughts at 8:35 AM