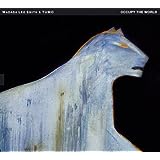 At the end of the year I posted that one thing I wanted to do was to try and expand my listening horizons, or at least listen to some things a bit out of my zone to better understand the music. This was in reference to seveal top-rated CDs by reviewers last year, one of which was Wadada Leo Smith's "Ten Freedom Summers." (Cunieform 2012) 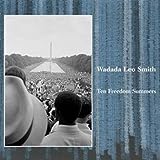 I have received a copy of Wadada Leo Smith's latest, coming out this month, "Occupy the World" (TUM 2013) and have given it a number of serious listens during the past few weeks. This is Wadada Leo Smith with TUMO, a large group that includes a long list of Finnish players on woodwinds, strings, brass, and percussion. Among the names I recognize from my European collection are Verneri Pohjola on trumpet, Juhani Aaltonen on flutes, Iro Haarla on harp, and Stefan Pasborg on drums, all of whom have produced some very interesting modern european jazz in recent years. the CDs come in an exquisite package featuring some really nice artwork, a very important informative booklet, and some great pictures of the band and Smith.


This a a combination of lyrical passages of great unison and sound along with other passages of knotty, avant garde play. The music conforms to the compositional methods of Smith that he describes in a very comprehensive and interesting booklet. "When I compose I do not change the tonality of the instruments...through transposition in order to have their musical properties realized in a designed C spectrum." Simply put, this means there is a large amount of dissonance at times depending on the composition of the instruments and their keys; for Smith this keeps from limiting the sonic quality of the music. For him it opens up the sonic field and the creativity of the players to realize the music themselves and play in or out of harmony. It brings individual psychic energy to the compositions, the ability of the musicians to define the work from their individual sensibilities within Smith's overall construct.

With regard  to rhythm, here too he does not work within traditional structures. His rhythms are not based on specific tempi, but rather "through a proportional structuring of the music's geometrical forms." Lines have proportions to others, but as I understand it within the lines the tempi are free choices by the players.

Taken together, Smith's compositions are allowed to breathe freely to unleash the creative energies of the orchestra as well as of those listening. Undertanding what is being sought makes it easier to understand what is being played, but section by section when I listen to the music it does not make some parts any easier on the ears, though it does make them more understandable. And that in turn makes it much more listenable than going in blindly, which is how most of us likely approach free/avant garde compostions.

So knowing the sonics, what about the intent? This is a CD based upon the Occupy Movement from 2011 to the present and the freedom and energy that it has unleashed on the world. It is about diversity, courage, a larger notion of unity and freedom, and of hope for the future. Each piece is fully described in the booklet -- the name of the composition, the sections of the piece and the players. Smith elaborates on his choices and intent thorughout each one.

In the end I am finding more and more small gems within the larger constructs each time I listen, and finding a fuller understanding of those sections that at first sound more like noise than composition. Sections of "Mount Kilimangaro" for example are spritely with strings and flutes, but then abruptly followed by a passage of dissonant string play and foreboding percussion. However, taken as a whole one can see the compositions as stories, as a sonic backdrop to a visual in one's mind of a hike up Kilimangaro. Smith's trumpet play on "Crossing on a Southern Road" is crystaline, pure, and emphatic, played over some unusual and other-worldly sounding parts within the orchestra in support. Together it becomes a very moving passage in the 25 minute piece, which also inlcudes some moving string parts.

In the end, I think I can best describe this as a challenging listen but one that rewards the prepared mind. Not a CD to put on for pure enjoyment, but not unenjoyable either. It's like going to the movies -- some are designed for pure enjoyment and pleasure, some for thought and reflection. This one's for thought and reflection.
Posted by a jazz listener's thoughts at 10:07 AM