I finally have gotten the bugs out of the system and can type my posts much more easily, and can even use bold and italics again. So onward. 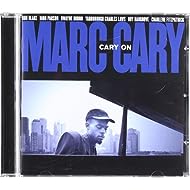 First up, I want to revisit Marc Cary, the pianist whose recent paean to Abbey Lincoln, the solo outing "Marc Cary, "For the Love of Abbey" (Motema 2013), is outstanding. I wrote about it on May 17th but you will find many other sterling descriptions of the CD from other blogs and in the jazz magazines. Anyway, in going through the bins at Sally's Place last week, I stumbled upon his first release, "Cary On" (Enja 1995), a set of eight pieces of which six were composed by Cary and one each by Sonny Clark and Roy Hargrove.  This is a straight-forward "in the  pocket" jazz session featuring some very sure handed play and writing by Cary and a stellar supporting cast -- Roy Hargrove on trumpet, Ron Blake on tenor, Dwayne Burno on bass, Dion Parson on drums are the basic cast, abetted by guest shots by the flute of Yarborough Charles Laws and voice of Charlene Fitzpatrick (on "So Gracefully").  The bluesy opener "The Vibe" features just the piano trio, with the rest of the band appearing on subsequent songs. For example, Ron Blake drives much of "He Who Hops Around" at first, and then Hargrove pops in with a stellar solo; and "The Trial" is a lovely ballad-paced melody featuring Hargrove on melody. This is a nicely paced CD of varied tempos and moods from a very polished band, with a young but already dynamic Cary setting the pace. 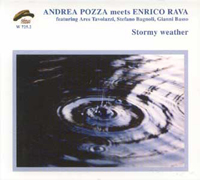 Andrea Pozza
is one of those pianists from Italy that you probably have not heard of, or at least have not listened to extensively, as most of his recordings have come on the fine Italian label Philology, with a couple of other European and Japanese labels in the discography as well. But he is absolutely outstanding whether he is playing the standards or his own compositions. His first recording as leader was in 2004 "Introducing" (Philology 2004) and this new one "Jellyfish from the Bosphorus" (Abeat 2013) is his tenth. Along with his CDs as leader, he has been a protege of some of the Italian masters and has recorded as a sideman with Enrico Rava ("The Words and The Days (ECM 2006)); and as co-leader with Gianni Basso ("Andrea Pozza Meets Gianni Basso (Philology 2004)) and best of them all, "Andrea Pozza Meets Enrico Rava" with Gianni Basso (Philology 2003). His other trio recordings are equally good; one that stands out is "Plays Ellington, Monk, and Himself" (Gofour 2005). 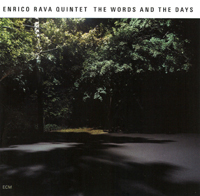 On this new CD, Pozza plays a combination of his own compositions and some standards like "Get Happy", "Where or When", and "In a Sentimental Mood." Pozza is another in the line of lyrical, creative pianists from Italy that includes Enrico Pieranunzi, Stefano Bollani, and Franco D'Andrea, to name just three. From the standards side, "Get Happy" is a wholy original take on the tune, never losing the melody or lyricism but augmented with many inventive flourishes including a great solo from the bassist, Aldo Zunino; and pushed propulsively by the drumming of Shane Forbes. Pozza surrounds the standard with his own songs, a lyrical "A Jellyfish From the Bosphorus" and the romantic and exquisite slow tempo ballad "Love is the Way". The rest of the melodies are equally lovely and equally creative.  This is a piano trio album for those who like Bill Evans, Enrico Pierranunzi, and others of that ilk, who play with a lyrical sense of style. Absolutely stellar.

Posted by a jazz listener's thoughts at 9:06 AM