You Should Get to Know Etienne Charles

I saw Etienne Charles in person a couple of years ago at the 2011 Jazz Band Competions at Michigan State University, where he is on faculty, and when the professors played it was clear that this was a young, dynamic trumpet player (b. 1983) who was going places. When I saw him he had already released two CDs, and since a third very nice recording "Kaiso" (2011) as well as sitting in on Eric Reed's "Baddest Monk" (High Note 2012) on which he is equally marvelous. 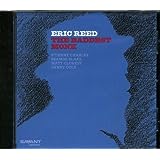 Etienne Charles' new CD "Creole Soul" (Culture Shock Music 2013) is his fourth recording as a leader and a definite winner. Charles is a native of Trinidad whose travels throughout the Carribean and Europe have heavily influenced his music. Here we have a heady mix of calypso, reggae, mainstream jazz, New Orleans jazz, and more; the CD begins with a haunting Haitian creole chant led by voodoo preiet Erol Jouse. Once the music kicks in, it is full of wonderous melodies, driving beats, and rhythms that make the body way and the foot tap in time. It's infectuous music, and the word that kept popping into my mind throughout was 'delicious.' This is a delicious stew of Charles' influences, but also a delicious melding of his compositional abilities and interpretive imagination on a few covers from Bob Marley, Thelonious Monk, and others. 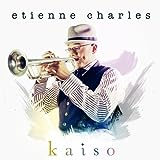 The music is wonderfully varied and the musicians all get their chance  to shine, but Charles shines above them all with his trumpet and flugelhorn. That is not to denigrate in any way his partners, some of whom are outstanding leaders in their own right. His partners here are Brian Hogans on alto, Obed Calvaire on drums, Jacques Schwarz-Bart on tenor, Kris Bowers on piano and fender rhodes, and Ben Williams on drums. Jacques Schwarz-Bart is a multi-reed player who is well known for his works in Europe, but almost unknown here in the U.S. I posted about one of his recordings last year that was exceptional and one of his rare outings that is easily obtainable here (September 9, 1992 Jacques Schwarz-Bart: A Sax Worth Knowing). Similarly Kris Bowers is a pianist who people need to take note of, and who too has a couple of piano trio records under his belt that are worth hearing. I posted on his work on January 5, 2012. 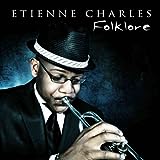 The opener "Creole" is a strong brew and great way to open the CD, with a strong beat and up tempo melody . Guest Alex Wintz adds some spice to the arrangement with electric guitar. Bart and Charles excel on "The Folks", a tune written by Charles for his parents, and onethat displays the lyricism of his writing. A cover of "You Don't Love Me (no no no)" swings hard as it reinterprets the rock classic, and will have you stomping and smiling. Moving ahead, there are a number of quieter, ballad tempo songs that give Charles a chance to demonstrate his other side as he plays with a soulful, burnished sound on both Bob Marley's  "Turn Your Lights Down Low" and his own "Midnight." Similarly, he and Bowers combine to render "Close Your Eyes" quietly but with great passion and intimacy. Everyone gets in the act once more on the rollicking closer "Doin' The Thing" with each player taking a solo turn on this uptempo closer.

This is a great trip to take with Charles and his band and one that should not be missed.
Posted by a jazz listener's thoughts at 2:00 PM