Two Things Brought to My Attention Yesterday: More Sax/Piano, and a pianist you need to hear -- Jessica Williams

Yesterday I was at Sally's Place, my local music store (Wstport CT) still going strong in its third decade of operation, and still run by the indomitable and encyclopedic Sally White, who has sold music on Main Street in Westport since the 1950s. Someday there will be a post about the store and its amazing owner.

Anyway, I was hanging there yesteday talking to another long-time, regular customer about things jazz, and in the course of conversation two items hit me that are worth writing about today. 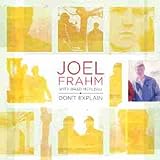 First, as I have been writing about wonderful saxophone/piano duos lately, my friend happened to mention he was just listening to one from a few years back from two playeers who have since made quite a name for themselves. Two high school mates in fact -- Joel Frahm and Brad Mehldau of Hall High School in West Hartford, Connecticut -- and the disc is "Don't Explain" (Palmetto 2004). It's a disc I bought  at Sally's and one that I have enjoyed  over the years. Mehldau was already well into his career and had already reached "The Art of the Trio Number 5" by this time, and was well-known for his deconstructions of popular song, intricate harmonics, and improvisational spirit. Joel Frahm on the other hand had produced two discs to that point, though he had been a sideman on many others, and was yet to fully blossom to where he is today, as a leader and one of the real "go to" tenors around. Pick up his recording "Live At Smalls" (Smalls Live 2011) and listen-- you'll love it.

"Don't Explain" is a wonderful pairing with a great deal of inventive play on a set of chestnuts like "Get Happy", "East of the Sun" and "Smile", with the latter being achingly pretty. But the real sensations are the two innovative takes on "'Round Midnight" and the interpretation of "Mother Nature's Son" by the Beatles, which exude creativity and warmth. I strongly recommend this CD. 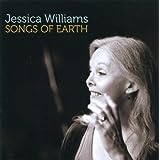 Second, I was amazed that Jessica Williams is still a player whose music is very much under the radar. With her long list of accomplished CDs, both on her own labels and now for the sixth time on Origin with the latest, "Songs of Earth" (Origin 2012) I can only surmise that her location in the Northwest, touring schedule, and the fact that she has not been associated with other leaders as a member of their groups has limited her exposure. And now, as reported by Ted Gioia yesterday, it appears she will be out of the loop for a year or more as she has major back surgery and then will have a long recuperation. 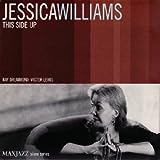 I first came across Jessica Williams on MaxJazz with her first recording for them, "This Side Up" (MaxJazz 2002) and was immediatley hooked on a pianist with such energy and soul -- she was expresive, creative, and clearly a composer of incredible talent. Her range of playing, from the blues to ballads, from stride to bop, is immense, and her tip of the hat to her antecedents like Miles Davis, Milt Hinton and Dexter Gordon enhance her work. I immediately began to collect her music, picking up her other MaxJazz recordings "All Alone", "Live at Yoshi's Volume I" and "Live at Yoshi's Volume II" (2003, 2004, 2005). To quote from "AllMusic.com" on "All Alone": 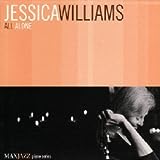 This solo piano outing recorded in 2002 is among her finest efforts, especially in her refreshing approaches to standards and some usually overdone (and frequently underplayed) war horses. "As Time Goes By" has almost become a cliché due to its inclusion in the still popular film Casablanca, but Williams' quirky approach to it suggests Art Tatum, Erroll Garner, and Thelonious Monk at different times, yet never loses touch with the melody. Likewise, her playful little embellishment added to Duke Ellington's "In a Sentimental Mood" suggests a wink and a smile accompanying the expected "I Love You" to someone special. Irving Berlin wrote many memorable songs during his long career, but the pianist chooses two that aren't heard all that often in jazz settings, "All Alone" and "They Say It's Wonderful," with their often maudlin settings drastically altered. Her originals are just as remarkable. The captivating melody of her delicate ballad "Toshiko" glistens, while she playfully hand-mutes the piano strings and incorporates a little strumming of them as well in her infectious and bluesy "The Sheikh." (AllMusic.com) 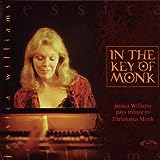 Williams' recordings go back to 1976 (she was born in 1948) and generally consist of trios and solo recordings. Her earlier recordings often celebrated individual composers for their thematic materials, and she has done discs dedicated to Monk ("In the Key of Monk" (Jazz Focus 1999)), Bill Evans ("Joyful Sorrow" Blackhawk 1998)),  as wllas ones to Art Tatum and Fats Waller.  Her touch is magnificent and vocabulary immense, but it is the originality with which she approaches each tune -- her own or covers -- that makes her playing stand out. Any recording of hers has been a joy to listen to, and each has moments of sheer brilliance in her interpretations or her dexterity or her dedication to the greats who came before her. 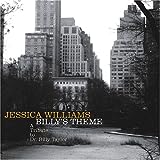 Williams has established a working partnership with Origin Records, beginning with  "Billy's Theme" (Origin 2006), dedicated to Billy Taylor, and has since created a half dozen works of increasing brilliance, culminating with the newest recording, "Songs of Earth", a solo outing that has just appeared. It is a set of six originals and "To Be" by John Coltrane, and continues her long run of incredible mastery on the piano, expressive creativity with her almost toally improvised selections, and soulful expressions of love for the earth and its beauties as heard in the music and expresed in the accompanying written material.

William's repertoire is vast and her recordings both in the studio and live are full of energy and class. Her earlier recordings are available on her website, and her later ones on MaxJazz or Origin are readily available at stores or on-line. I would be hard pressed to pick out a place to start, so suggest you decide if you want to hear great interpretations of standards or lush new songs by Williams herself; trios or solo piano; and then make your pick.

Willimas should be in the modern pantheon of pianists with Corea, Hancock, Jarrett, Mehldau and others, and it is a shame she is not recognized as such.
Posted by a jazz listener's thoughts at 8:19 AM