Behind the Band: David Wong, an Ace on the Bass

Early on, in my second post on this blog, I wrote about two young bassists I had seen at Small's Jazz Club, Corcoran Holt with Ethan Iverson, and David Wong with John Mitchell. I said at the time that one of the greatest things about hearing live music is the chance to really hear the bass player, who often is lost on CDs and unless a leader, unknown to the average jazz fan.  While I mentioned some of David Wong's recordings then, I wanted to return to him today, having thought about the excitement of his live performances while listening to another great performance with Pete Zimmer called "Chillin', Live at the Jazz Factory" (Tippin' Records 2008). While live, it still cannot capture the feeeling of actually watching David in action.

Over the past couple of years I have been fortunate to see a number of shows in the New York area with bands featuring David on bass, and I am always deeply impressed with his dexterity, resonant sound, and interplay with the other members either providing rhytmic support, coloration, or expressive solos. He performs regularly at Smalls with a number of trios and quartets, and has been playing with such notables as Wessell  "Warm Daddy" Anderson and Aaron Diehl to name just two performances.

David Wong was born and raised in New York City and is a graduate of the LaGuardia High School for Music and Art and the Performing Arts. In 2004, he graduated from the Juilliard School in classical music. He has studied classical bass with Orin O'Brien of the New York Philharmonic, and jazz bass with legends Ron Carter, Ben Wolfe, and John Clayton. From 2003 to 2004, as part of the Eric Reed Trio, he performed in Europse and the United States, and with Jazz at Lincoln Center.

He is currently a member of Roy Haynes' Fountain of Youth band  as well as bassist with the Heath Brothers quartet, led by jazz legends Jimmy and Albert "Tootie" Heath. David has also beeen performing with singer Sachal Vasandani, and pianists Jeb Patton. and Dan Nimmer, among others. 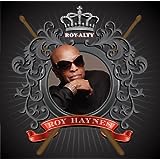 David has an impressive discography for a player only in his first decade of professional playing. To hear him playing, try listening to any of the following: 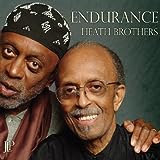 David Wong is not widely known to jazz listeners, even as he is a widely known and used bass player to other jazz players, most likely because he has yet to be a leader, either live or on CD. When that happens, I am sure others will hear a player I believe will be a long standing, first call bassist. 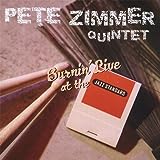 Posted by a jazz listener's thoughts at 12:17 PM