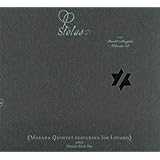 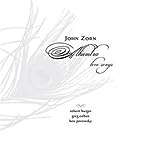 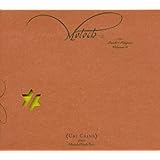 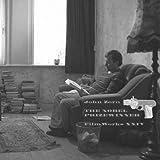 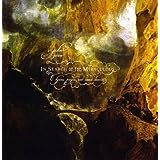 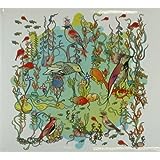 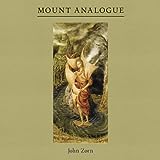 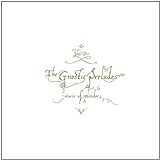 Look at the 10 record covers on the page. What they have in common is that they are all on Tzadik Records, and the all are works by John Zorn. Now for a long time I stayed clear of both Tzadik and Zorn, having heard bits and pieces of some of the music, and associating much of it with the NY Downtown Scene, experimental works, and the avant-garde. Words like skronk just never were in my vocabulary, and players like Mark Ribot were pretty far removed from my aural palatte. 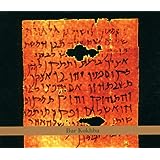 However, one day I happened across "Alhambra Love Songs", a simple piano trio recording of what turns out to be very mellow, beautifully composed songs in tribute to the towns of the Bay Area, and realized that there is a body of work here that is a lot broader than I ever realized. Examining the works of Zorn more closely, I found a whole lot of threads -- Filmworks, The Books of Angels, The Masada Group, and a whole lot more. And I realized that everything in the Zorn catalogue did not have to be loud, free, and too far out there. In fact, as I began culling through all of the recordings, sampling many on-line, and talking to a couple of giant Zorn fans at my local store who understood my reservations and preferences, I was turned onto several more outstanding works, and then did some mining of my own. Ten Cds are shown in the accompanying pictures, each very much attuned to my tastes. A couple of Books of the Angels, a Filmworks project, a Masada group disc, and a bunch of free-standing recordings are represented, with the common characteristics being an emphasis on accoustic instruments, uncluttered and highly meodic lines, and interesting chamber-like performances. Among the highlights to this listener would be Uri Caine on "Moloch: Book of Angels 6 ", "Stolas: The Book of Angels 12" by the Masada Group, the aforementioned "Alhambra Love Songs", and three very recent recordings, "At the Gates of Paradise", "The Gnostic Preludes", and "Mount Analogue."
John Zorn is a major figure on the jazz scene today and particularly of the downtown jazz scene in New York. Besides being a prolific composer, he is a producer who brings together some really outstanding players to give life to his works. So don't let  the name or associations scare you away; read the labels and look at the payers on each disc, sample some tracks on-line, and then try one or two recordings. Starting with "Alhambra Love Songs" in particular is a good way to experience some fine trio play, and from there you have many avenues to explore.
Once again, read past the brand name and study the ingredients -- I think what you find will surprise and amaze you.

Posted by a jazz listener's thoughts at 8:07 AM