Look around you, check out the newspapers, look at the notices posted around your town. You might be surprised to find how many local musicians there are around who play at restuarants, clubs, schools, et al each week. And you also might find out how many of them are really talented and fun to listen to.

Now I grant you some towns are more blessed than others, and in my case there is a plethora of talent in the area, right up to and including internationally known musicians such as Dave Brubeck.  But let's put him aside, and today note two folks from town, both of whom I know, and both of whom have made some great music recently. 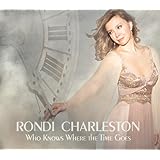 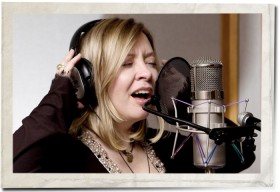 Rondi Charleston is a cabaret/jazz singer with a great voice and great charm on the stage, whether she is performing here in Westport, at Joe's Pub in New York, or around the country. Her repertoire is extensive and incorporates American Standards, show tunes, folk, and most recently on her latest album "Who Knows Where the Time Goes" (Motema 2011), originals penned both alone and with Lynne Arriale. This highly recommended album has lovely interpretations of the title song, written by Sandy Denny and made famous by Judy Collins; the Frank Loesser standard "I Hear Music"; and a haunting original by Rondi with music by Arriale called "Land of Gallilee."

Charleston is accompanied by some amazing talent, including Lynne Arriale on piano, Dave Stryker on guitar, and Clarence Penn on drums. In person, I caught her here in Westport with Joel Frahm on sax, and with actor Boyd Gaines on a truly fun rendition of "Baby It's Cold Outside." Catch her live if you can when she is touring the country, or on CD if you cannot, and enjoy.

I recently picked up a locally produced CD from another very talented local musician, Walter Lewis. With his Walter Lewis Blues Trio, he sings and plays guitar on a tremendously entertaining blues disc, "A Tip of the Hat." (Long Hill Recording, Shelton CT 2010; http://www.walterlewisbluestrio.com/;  and also available at Sally's Place, Westport (203-454-0303)). Walter believes in shedding light on original blues music by the greats, and this CD features "Green River Blues" by Charey Patton; "I'm a Steady Rollin' Man" by Robert Johnson; and "Let Me Love You Baby" by Willie Dixon among its 12 cuts. A simple accoustic trio with David Anastasia on bass guitar and Scott Logan on drums, the music is infectious and a joy to hear.

The Walter Lewis Trio plays locally around Connecticut and should not be missed. Watch for them by checking their website, and in the meantime groove to the music on their disc.
Posted by a jazz listener's thoughts at 8:26 PM