A Shopper's Guide: Check out the Ingredients on the Label Pick up a new brand of salsa or soup at the market. Do you ever check out the ingredients before you buy, maybe look at the spices to see if the salsa is mild or hot, or look to see if the soup is high in salt? Nice to hold that bottle or can in your hand so you can look it over before you buy, find out what's inside or what you think is inside, and whether you are going to chance the new brand or stick to the same old same old.

Same thing should hold true in choosing your music. Not only who's the leader, but who else is in the band, who's adding the spice, sugar, salt, or other flavorings to the stew the leader is creating. And it's a lot easier to do that when the disc is there in front of you and not just on a computer screen. Taking chances is the path to expanding your horizons, to hearing new sounds, and to discovering some of the new, young voices in jazz today. 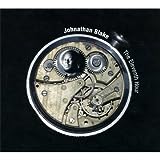 This all comes to mind because I am listening to a new disc, "The Eleventh Hour", by Johnathan Blake (Sunnyside 2012). I have to confess close to total ignorance about him, although I have seen his name sprinkled in my collection on a few recordings -- "Panorama" by Hans Glawischnig (Sunnyside 2008), Omer Avital "Live at Smalls" (Smalls 2011), Tom Harrell "Time of the Sun" (High Note 2011).  This is his first disc as a leader.

So my eyes did not automatically go to his CD on the rack. It's a lot easier to shift attention to the new Chick Corea, Vijay Iyer, or even the lesser known but up and coming Ben Wendel. But pick it up --it only takes a second and it isn't very heavy after all -- and look at the players:  Jaleel Shaw on alto, Mark Turner on Tenor, Kevin Hays on piano, and Ben Street on bass. Now those are names I can really get into. And then add in some special guests on a few songs:  Tom Harrell on trumpet and flugelhorn, Robert Glasper on piano (did I mention that I picked up his newest to look at first?), Tim Warfield on tenor, and Gregoire Maret on harmonica.

Suddenly this is a disc to sit up and take notice of. After all, if all those guys respect him enough to be a part of his debut as leader, then he must have that magic "something." Furthermore, these are all players that I have heard and that I like -- not too far outside, not too bland, right there in the pocket so to speak.

So this should be some kind of stew, and in fact it is. Nice to hear the simulated sound of a needle hitting the vinyl preceding the first tune -- cool touch. Everyone gets some outstanding solos along the way, and at other times the unison play, particularly between Shaw and Turner, is beautifully rendered. Turner shines on "Dexter's Tune", a Randy Newman song, Harrell on his own "Blue News", Glasper and Maret on Glasper's "Canvas", and Shaw on "Of Things to Come", one of seven songs penned by Blake. Blake proves himself to be an outstanding composer as well as drummer, constantly pushing the group dynamics, using all of his tools to bring the pot to a boil at some points and to a simmer at others. His play from the kit is always advancing the music, his insistent beat is particulary noticable on "Freefall" the longest piece on the CD and a chance for everyone to shine.

This is a hard disc from which to pluck highlights, as the music from start to finish is excellent and the musicianship extraordinary. Do not overlook this one, and enjoy a new star.
Posted by a jazz listener's thoughts at 8:52 AM