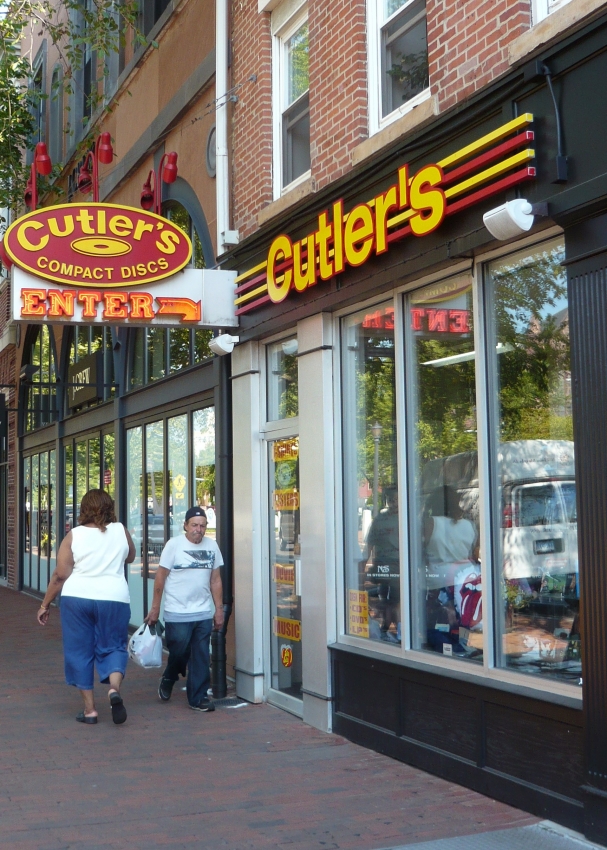 Growing up I still remember being glued to my radio to hear the latest songs from my favorite groups, or to hear the latest new groups, and then getting down to Cutler's Record Shop in New Haven CT (still in business) to buy the album. I remember spending hours at Cutler's browsing records, and even listening to them in small booths at the front of the store. I remember exactly where I was the first time I heard "Marekesh Express and the first time I saw "Surrealistic Pillow" in the window at Cutler's. I was still a few years away from jazz, but I am sure that finding new jazz then was also a lot different than today.
Things are really different today:
All of this comes to mind today because I got a windfall this week of my monthly jazz magazines, and therefore got a lot of information on new releases from articles, advertisements, and reviews of both new recordings and reissues. For many new recordings I got two or more viewpoints, helpful when trying to create an aural image of the music. Herein then is a list of my regular readings, again not including blogs:
Another publication, this one a newsprint freebie if you are around the New York area, is the "New York City Jazz Record", formerly "All About Jazz New York." While it features artists who are playing in New York each month, it is chock full of information on new recordings, has a section that profiles new artists each month, and lists all the shows around New York for the month. Its review section is extensive, and leans much further toward free jazz and the avante-garde than the other four magazines above. And the best news for those outside the area is that the publication is on line and is free. So if you cannot get a print copy of this excellent journal, read it on-line.

Another on-line publication, this time doing for the UK what the "New York City Jazz Record" does for New York, is "JazzUK", which discusses shows areound the British Isles, profiles some of the players, and has a small review section.

For those who lean more towards the smooth side of jazz, Jazziz magazine (US) may be your thing.

So that's it, some fodder for you to consider in your quest for good music. Enjoy the journey!

Posted by a jazz listener's thoughts at 7:32 PM