Took another ride to New Jersey recently. Packed a few new CDs in the car to listen to and off I went. As I listened to the music I had brought, which featured piano-based sets, I got to thinking about how different they were from one another. On the one hand I had smoothly traditional standards jazz (and I do not mean smooth jazz), on the other some avant-garde spiky modernist renderings. And in the middle I had those lyrical and impressionistic CDs that don't fall heavily to either side.


Which brought me to thinking about the continuum of piano-based jazz, or at least my continuum from the time of bop onward (In other words no ragtime, no pre-WWII), which really is a further definition of my categorizations from my "Best of 2012" post, but this time using players and not descriptive categories. I decided that I can define my poles pretty easily:

The largest group of pianists clearly falls in between and can be cut up and defined in so many ways. I chose modern mainstream, modern lyrical, and modern impressionistic for categorizing my 2012 recordings.

So what was I listening to that provoked these thoughts and images?  Here they are 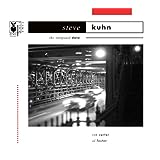 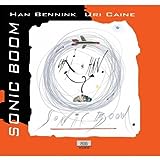 Eight CDs and I like them all, from the smoothest and most inside to the jagged and intriguing avant garde. See which fit your tastes, and even try to expand them. It won't hurt too much!

Posted by a jazz listener's thoughts at 9:49 AM