From the pile, picked out a few CDs this weekend to listen to that are worth noting. 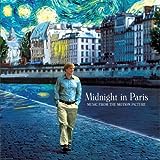 First, I love the movie "Midnight in Paris." I watch it everytime it shows up on cable, not that I don't own a copy on DVD anyway. After all, it's Paris, it's the jazz age, and it's a charming and nostalgic romance. The CD is well worth the listen too -- "Midnight in Paris" (Madison Gate Records 2011). Woody Allen has a great track record for picking music for his movies and this is no exception. The entire score sounds like music recorded during the period and yet most of it was recorded within the last decade, including the wonderful vocals by Conal Fowles,  specifically recorded for the movie. And who knew when watching that Mr. Fowles is not a jazz singer but rather a folk singer -- his voice is old-timely, his intonations great, and the joy in the songs like "You've Got that Swing" are charming. When the CD opens with "Si Tu Vois Ma Mere" with Sidney Bechet on clarinet I am immediately transported. For lovers of the jazz age and its music, this is a must. 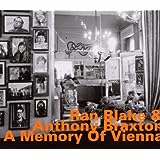 Ran Blake and Anthony Braxton spontaneously recorded togther in Vienna in 1988, and the resulting CD is "A Memory of Vienna" (Hatology 2009) a positively wonderful pairing of two idiosynchratic musicians having a great time with a number of standards. The music is always as unique as the two musicians but never too far off-center, and the word that comes to mind for this outing is soothing, perhaps a surprising choice of adjectives. The songs are beaqutifully interpreted and a pleasure to the ear. "Round Midnight" kicks the CD off nicely with Braxton on the melody, and "Yardbird Suite" follows with a remarkably bluesy, slowed down tempo featuring Blake upfront and Braxton following with his simialrly bluesy, noire take.  Other standouts are "Alone Together", "Soul Eyes", and "I'm Getting Sentimental Over You", but all eight tracks are great.  Modernism with soul. 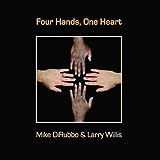 Lastly, the pairing of Mike DiRubbio and Larry Willis on "Four Hands, One Heart" (Kaanti Records 2011) is an exercise in romantic pianism by two outstanding soloists working together on sax and piano respectively. The two communicate their emotions beautifully in eight pieces including another lovely "Round Midnight", "Star Eyes", "Milestones", and "Alone Together." Lush mainstream interpretations, burnished sounds, outstanding.
Posted by a jazz listener's thoughts at 8:27 AM