Get to Know: In the Country

I wrote in the last post that ACT was a marvelous European label producing some of the best in modern European Jazz. This is a follow-up to that post presenting a very interesting, modern piano trio, In the Country. Recently the group released a new CD, "Sunset Sunrise" (ACT 2013) which is, according to their website, is their fifth album and first on ACT. I have three of the five, all of which are trios and studio recordings. I do not have the two live recordings, which also find the band augmented with vocals, guitars, and other instrumentation.

In the Country is 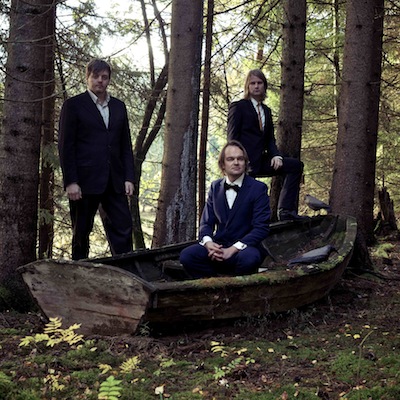 Morten Qvenild on piano, Roger Arntzen on bass, and Pål Hausken on drums. The Norwegian  trio is celebrating its 10th yera as a band in 2013, and over the decade received such accolades as the award  "Best Norwegian Young Jazz Artists" and "Independent Music Award 2012" for a full length art concert film. All of the music on the new album was composed by Qvenild. In the Country is another in the line of European contemporary jazz trios that combines jazz tradition with modern pop music, european folk tunes, classical music, and world music; and occassionally adds electronic sounds and vocalizing to their basic accoustic sets.

The music of Sunrise Sunset is serene and quite beautiful to listen to, with flowing melodies and strong bass and drum support and colorings. Subtle electronics add to the color and depth in a non-obtrusive way. "Birch" begins the CD with a strongly moving melody that captures these combinations well, while the next piece "Derrick" has greater depth and mystery to it as the colorations are more intense and the use of the lower register of the piano a bit more ominous. The CD then switches to a lovely ballad "Stanley Park" that captures the spirit of contemporary players like Paul Bley, Keith Jarrett or John Taylor. Sheer beauty with a lovely bass part to boot. "Silver Spring" is another dark song of beauty, a sonic landscape reflecting the musicians' homeland. As the material goes on, the electronics provide some colorful background sounds that strengthen the depth of feeliings that the trio has for the North Country on "Steelpants", and the music gets somewhat bolder with "The Fluke -- A Whale's Tale" as sounds in the background suggest nature's own music. The title song "Sunrise Sunset" is an exquisite little poem, and the CD concludes with "December Song", another sonic tale of wonder and tranquility.  All in all another wonderful piano trio with a modernist touch from Scandanavia, a partoral set with a touch of electronic enhancement.
Briefly, here are some notes on the group's two earlier studio CDs.

Rune Grammofon called This Was the Pace of My Heartbeat (Rune Grammofon 2005) their first jazz recording, and in fact is was the beginning of the unique sound of In the Country, as noted earlier a contemporary band that blends jazz tradition with modern pop, folk, and world sounds, and is not afraid to delve into a bit of electronica to boot for color.  No standards are to be found in their music, although in addition to Qvenild's compositions there is one clasical piece by Handel and one pop piece by Ryan Adams on the CD. This was seen at the time as jazz as performed by Bad Plus and E.S.T. with the marvelous sense of abstraction, although the sense I get is of a band that is more about quiet, free play, texture, and space with greater lyricism and more melancholy present than in the other two bands. this is more reminiscient of Bobo Stenson, Todd Gustavsen, and of the folk tunes from the north.This is an album of simplicity, tranquility, and beauty that immediately links In the Country to the Scandanavian tradition of  outstanding musicians like Stenson and Gustaven. 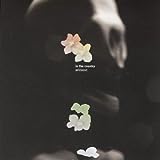 In The Country's Whiteout (Rune Grammafon 2009) was a bit bolder and less understated than the debut CD above, but no less beautiful with compelling, deeply moving tunes and trio play. The group continues to take the songs of Qvenild into places filled with layers of sound, varying textures and tempi, and overall lovely places of great interest to the listener. The classical and gauzy feeling of  "From the Shore" is a moving opening to the CD, with deeply felt emotions, simple meoldy, and great use of space and tension. The group has included a bit more of the elctronica and voicings to increase its colorations. With  "Doves Dance" though, one can feel the influences of Jarett or Taylor in the piano soloing of Qvenild, as he ranges across the keyboard with such a feeling of freedom and joy with a bit of the old time religion in his hands. "Ursa Major" is a modernist, minimalist piece of polyrhythm's, intertwined play, and interest, while "Mother" is the closest thing to prog-rock/Bad Plus territory as it closes out the album with a steady beat, some synthesizer sounds, and heightened emotion. And watch after for a very pretty solo piano piece as a hidden track. In the Country took a step up with this CD over its predecessor, with a larger sonic palette and more experimentation with sound effects, but always within the structure of a marvelous acoustic piano trio.
Posted by a jazz listener's thoughts at 8:30 AM