I am falling behind. I have a pile of new things I've been listening to but have been distracted lately by work and life in general. So here are some capsule statements about some of music that might slip by unoticed. 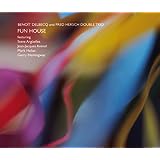 Benoit Delbecq and Fred Hersch Double Trio "Fun House (Songlines 2013). Most readers will recognize Fred Hersch's name and pedigree, whicle most probably don't know about the fantastic and creative Benoit Delbecq. Delbecq has a string of interesting records behind him -- "The Sixth Jump", "Cresendo in Duke" are two --  and a facility for not only using the piano keys but also the piano's innards, plucking strings at times, preparing them with foil, etc. His music is always fascinating and highly listenable, sometimes ethereal even. This CD is full of great music as the two trios mesh nicely in a set of creative, impressionistic piano works by two very sympathetic leaders. This is a highly recommended outing for those who like their music a bit on the unusual side. 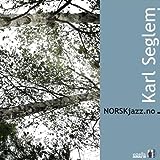 Karl Seglem "NORSKjazz.no" (Ozella 2009) came to me because I have enjoyed a lot of music from Ozella featuring Northern European musicians and becaue Seglem expressly stated that he wanted to do an all accoustic recording with a piano trio. I don't recognize any of the names but I do recognize the style and hear a bit of Jan Gabarek in the tenor tones and tempos.  The seven pieces reflect the combination of Western Jazz, Norwegian folk songs, and the adaptations of other Norwegian jazz players in a stew of impressionistic tunes that are captivating and recognizable not in their melodies but in their use of tempos, rhythms, and interplay. Nice recording very much in tune with our definition of Northern European jazz. 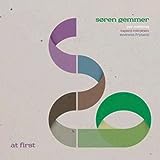 Soren Gemmer "At First" (Ilk Music 2013) is more Northern European music, this time a piano trio plus electric guitar led by the Dane Gemmer. It blends his background in classical music with jazz as well as the electro impuses of indie recordings into a creative stew of great interest. A little more edgy at times because of the guitar, it still is well within the bounds of the tradition of the jazz piano trio with nice melodies and strong rhythms. This is for those who are a bit more eclectic in their tastes. 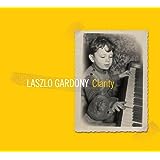 Laszlo Gardony "Clarity" (Sunnyside 2013) is just the latest in a string of wonderful CDs ("Signature Time", "Dig Deep") by this Hungarian born pianist and educator now residing in Boston and teaching at Berklee. As he states in the lining notes he simply sat down one evening and in a burst of inspiration created these 10 solo pieces, not realizing he would use them later to create this CD. It is a set full of interesting ideas, different melodies and rhythms and styles, and just a wonderful listen as he always is. Pick this up, and also any of his prior generally mainstream trio recordings -- you won't be disappointed. 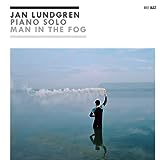 Jan Lundgren, "Man in the Fog (Bee 2013), is another veteran with a long list of really nice CDs, most recently a trio set "Together Again from the Jazz Bakery" and previously on the exquisite "Mare Nostrum" with Paolo Fresu and Richard Galliano.  This solo set is a bit more brooding than Gardony's and is based on pieces selected from a range of composers in the classical, jazz, and folk worlds as interpreted by Lundgren. So, for example, there is the theme from "Chinatown" by Jerry Goldsmith alongside "The Maids of Cadiz" by Delibes and "Apres un Reve" by Faure. This is a set of lovely impressions by a really fine pianist.
Posted by a jazz listener's thoughts at 9:07 AM