Cruising the Bins, Part Two: Filling in the Gaps

This post is not about the $ 2.00 bargains. It's about looking more closely at the regular bins and finding the older CDs, many athat are no longer in circulation, and filling in the collection. It's about some nice finds that a worthwhile additions to anyone's collection.

And please note that the formating is still not functioning properly so I may not have the bolds and italics all in place in the formats I regularly use. 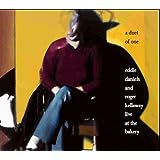 Eddie Daniels and Roger Kellaway "A Duet of One" (IPO 2008). After buying and listening to "Live in Santa Fe" by this duo, which appeared only last month, I went back and picked up this one they did a few years back. Of course its as good as the new one, with outstanding stright-ahead play of songs like ""I'm Getting Sentimental Over You" and "After You've Gone" among the 10 songs in the set, recorded live at the Jazz Bakery. Two masters doing what they do best, entertaining. 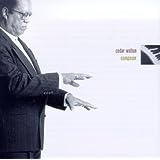 Cedar Walton "Composer" (Astor Place 1998). I've seen Walton a couple of times live at the Village Vanguard, where he is in residence during the Chritmas week, and he is just marvelous. I have loads of his music but didn't have this sextet, which includes Roy Hargrove on trumpet, Christian McBride on bass, Vincent Herring on alto, Ralph Moore on tenor, and Victor Lewis on drums. This is a really nice tight band playing nine Walton compositions with style and many bravura solos. Great pick up. 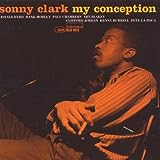 Sonny Clark "My Conception" (Blue Note 2000) was originally recorder at the Van Gelder Studios in 1959 in two sessions. Clark is teamed with Hank Mobley, Donald Byrd, Paul Chambers and Art Blakey on one set, and Clifford Jordan, Kenny Burrell, Paul Chambers and Pete LaRoca on the other. Just nameing those folks should tell you how good this recording is, one that I somehow missed in my collection of Clark CDs. No longer. 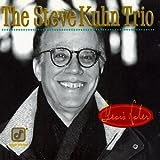 The Steve Kuhn Trio "Year's Later" (Concord 1993). This is a pianist with magic fingers whose music never disappoints, and I was reaally surprised that I didn't have this in my collection. This is Kuhn with David Finck on bass and Lewis Nash on drums with Kuhn sounding as expressive, impressive, and innovative as ever as he rolls through songs by Ellington, Stayhorn, waldron, Count Basis, and Horace Silver. 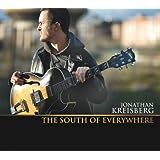 Jonathan Kreisberg "The South of Everywhere" (Mel Bay Records 2007). I only began to examine Kresberg's catalogue after I purchased and enjoyed his most recent outing, "One" (New For Now Music 2013). This CD is easy on the ears, with supporting members Matt Penman on bass, Mark Ferber on drums, Gary Versace on piano, and Will Vinson on alto sax pitching in with some nice restrained support. Kreisberg wrote 6 of the titles, and the other two are "The Best Thing for You" and "Stella By Starlight". Good stuff.
Posted by a jazz listener's thoughts at 4:37 PM