[NOTE: I once again am having formatting problems as I edit my text so there will be missing boldface and italics in this post.] 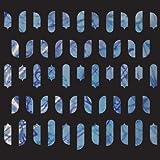 John Zorn is 60 this year and there are celebrations galore recognizing his contributions to the jazz community. Meanwhile he keeps writing, producing, and playing at an unbelievable pace. Once again I have found one of his CDs that has catured my imagination and my ear. It is "The Dreamachines" (Tzadik 2013) and features an all-start quartet ("The Nova Quartet") of John Medeski on piano, Kenny Wollessen on vibes, Trevor Dunn on bass, and Joey Baron on drums. I believe I last heard this group on the remarkable "Gates of Paradise" (Tzadik 2011).

[As an aside, it is amazing what cameleons Medeski and Baron are, or rather what amazing virtuosos. Medeski's last CD was solo piano music of exquisite touch and quietness,at other times he is part of Martin Medeski and Wood, and then he has played on thrashing sets for Zorn. Baron plays mainstream jazz behind classic pianists like Enrico Pieranunzi and Steve Kuhn and recently with the "Enfants Terribles" of Lee Konitz, Gary Peacock, Bill Frissell and himself, and can also rock out on Tzadik sets at other times.]


The accompanying literature from Zorn says that this is influenced by the writings of Gysin and Burroughs and their revolutionary techniques of third mind collaboration, and it celebrates their them with this collection of nine songs combining the atonal techniques of Zorn's classical music, his cut up techniques, and the soulful mysticism of his Masada songbook. 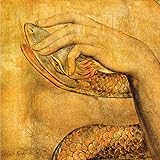 With all this as background, and with little knowledge of those writers' works, it is no surprise that the music jumps around from atonal to tonal quite a bit, from a bit of thrashing and avant garde sounding music to lovely and lyrical passages, and from loud bombast to intense quiet, possibly within a single song. There is a quote on the inside sleeve that perhaps sums up the intent of the set:

"We must storm the citadels of enlightenment, the means are at hand"
(from a letter by Burroughs to Gysin)

And storm them he does in these nine passages with names like "Psychic Conspiracy", "The Conqueror Worm" and "1001 Nights in Marrakech."  All of this background really is interesting but the music speaks for itself with layers of sounds from the four instruments.

So what is the music like specifically? "Psychic Conspiracy" leads off and "The Wild Boys" ends the CD, and they are the most free and avant garde trips, full of runs from the piano and vibes both in tandem and in opposition, and a lot of nice sounds that are not particularly orderly at times. The percussion and bass provide a solid floor for these romps once they get involved,  that are not particularly orderly at times but are nice sounding. Percussion appears after a while to provide a pulse and rhythm to the affair. It is cacophany in action, interesting but not arresting.

On the other hand, the remainder of the set is arresting, with lots of lovely melodies, point and counterpoint play, and both smooth and jagged edges that constantly shift. Some of the tunes, like "The Dream Machine" shimmer, some like "Git-a-Coeur" have deep atmospheric effects and several cut jumps as Zorn's pieces are knit into a single composition. There are latin touches for "The Third Mind" and mid-eastern flavoring for "The Conquerer Worm" and 1000 Nights in Marrakech." There are even classical sounding compositions like "Light Chapels."

The four musicians are masters of the techniques of Zorn from plenty of other CDs and provide the energy, emotions, and intuitive playing off each other that make this a very intersting and highly enjoyable listen. The CD is full of different styles, rapidly changing dynamics and tempos, and some nicely paced changes from song to song.

If you've liked any of the other Zorn CDs I have talked about previously I  bleeive you will like this one as well. A highly polished bit of mysticism, lyricism, and style.

Posted by a jazz listener's thoughts at 5:05 PM