The new CD by the international quartet The Impossible Gentlemen hits the streets right after Labor Day. Called "Internationally Recognised" (Basho 2013), I am finding it even more enjoyable than their first, the self-titled CD for which they subsequently received this year's Parliamentary Award as the Jazz Ensemble of the Year. I hope this new CD will raise the profile of the group in the U.S., where they are still flying under the radar. 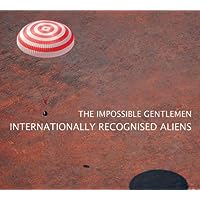 The Impossible Gentleman is a jazz supergroup formed in 2010, whose members include The U.K.'s Gwilym Simcock and Mike Walker on piano and guitar respectively, and the U.S.'s Adam Nussbaum and Steve Swallow on drums and bass respectively. Steve Rodby sits in on two songs here on acoustic bass and also produced the recording. Simcock is a youthful and outstanding pianist and composer who has been featured on this blog before, and he wrote or co-wrote five of the eight pieces; Mike Walker wrote or co-wrote five as well, while Steve Swallow wrote one. The play as would be expected from such a telented group is uniformly tight throughout and quite varied from song to song. 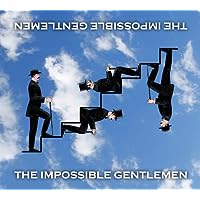 The lead-off piece "Heute Loiter" comes right out of the 70s fusion movement, with Walker out front on the electric guitar supported by the engaging rhythms provided by Nussbaum on the kit and Swallow's solid bass. It's followed in turn by a more melodic and even flowing "Just to See You" where the melody is in the hands of Swallow and Simcock, underpinned by the addition of Rodby's acoustic bass which allows Swallow to do his thing. It's a lovely little tune that features the lyricism of Simock as a composer and player.

"Modern Day Heroes" is another Simcock piece with additional parts added by Walker. It's introduced by Nussbaum on drums, and then Simcock and Swallow enter with a jaunty little melody. The tune trades back and forth between the bass, guitar, and piano, but the piano really drives this upbeat melody supported by the rest of the band. Very infectous toe-tapping music with a decidely strong beat and group ethos. Simcock takes a strong turn on the solo midway through the piece that is wonderfully light and airy and then plays back and forth with Walker until gradually Walker takes over with great support by Nussbaum.

"The Silver of Other Lovers" is a Mike Walker composition, written expressly for Simock, and to capture Walker's fascination with combining jazz, pop, and classical music into a "new, organic whole." Simcock steps in front here with a strict left-hand pattern and some really nice lyrical imrovisation from the right, as determined by Walker as composer. Walker backs up the piano later with some hard guitar phrases, and the whole thing comes together to create a fine piece. "Crank of Cam Bay" is a humorous piece based on a story of Steve Swallow's, but the narration of parts of the story interrupt the very fine piece of music and is more a distraction than anything else. I'm sure it sounded fun and wacky and reflected the crazy side of the group but to me it falls flat.

After that, the tightly constructed and marvelously played music continues with "Love in Unlikely Places" by Simcock and Walker, which is a small piece of beautiful, pastoral music between the piano and guitar. "Barber Blues" follows with a thoroughly modern take on the blues based on the methods of classical composer Samuel Barber, with angular melody lines and short vibrant solos from each member including the bass and drums. It's lively and rollicking.

"Ever After" closes the set with a Swallow tune, another delicate piece of lyrical charm, played quietly by Simcock first and then the others, with tasteful rhythms and colors by Nussbaum underneath. It's quiet, peaceful, and a clear counter-point the the previous tune, thus demonstrating the range and abilities of this marvelous band.

As I said, I enjoyed this CD more than the award-winning first one. I found it more lyrical, more tightly constructed, and at times playful and captivating. First Class.

Posted by a jazz listener's thoughts at 1:24 PM